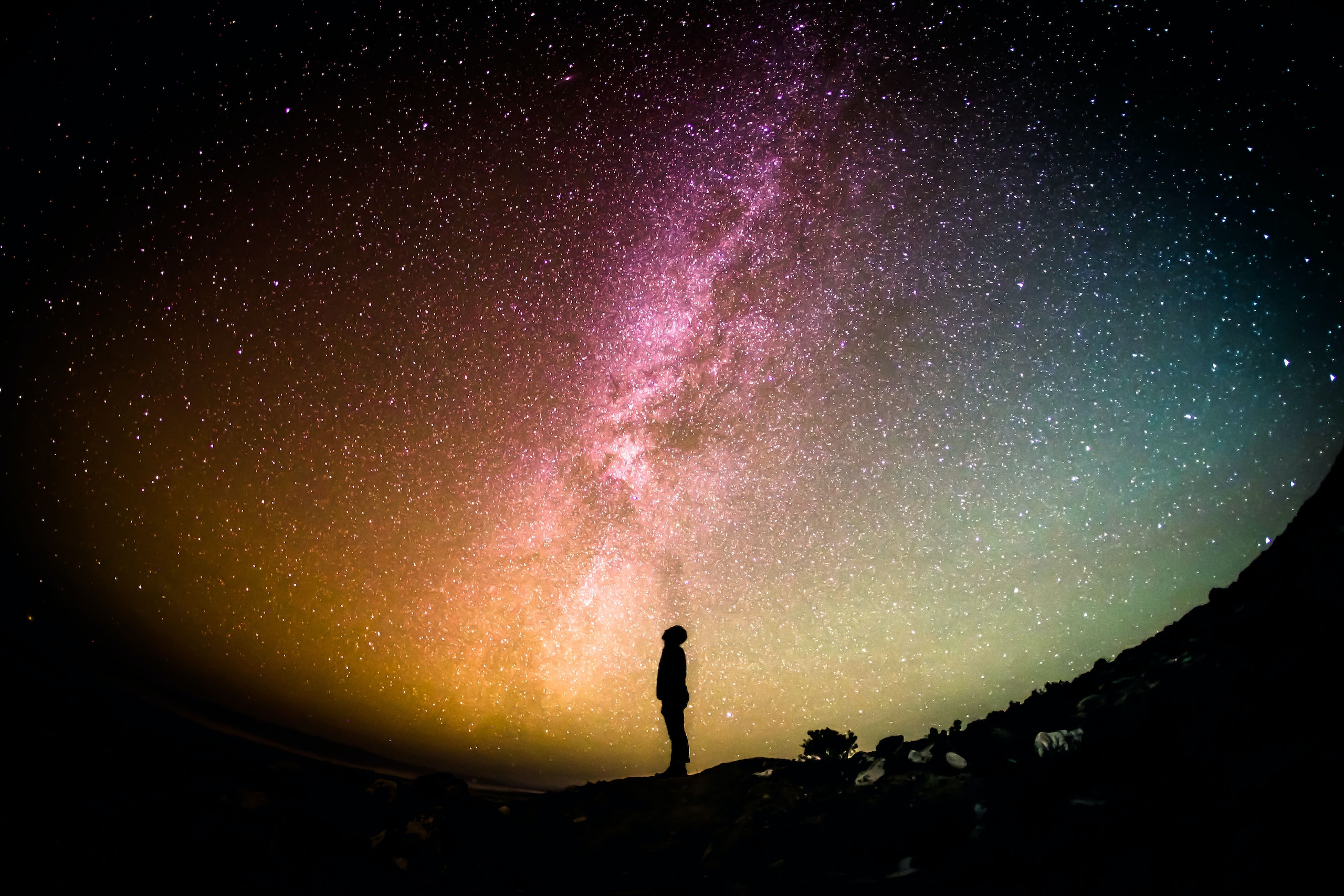 In this paper we wish to contrast the extremes of neoliberal leadership—which we have seen in narcissistic form in several countries—with an alternative, more modest, other-centred and ecologically conscious view of leadership, that of a Confucian vision of Datong and related ecological understanding of the self.

Neoliberalism is now ubiquitous. It promotes self-centeredness, competition, utilitarianism and insatiable economic profits. In terms of governance, the neoliberal mantra of deregulation transforms public sectors to technocratic and administrative marketplaces. Neoliberal governance envisions the individual as an ‘entrepreneur’ who is competitive, self-interested and calculated. The neoliberal tenet is to have minimum intervention from the state while responsibility falls back to the individual who is supposed to make wise choices and be self-responsible. Although a range of practices and personalities is possible within the scope of ‘rational’ individualism, in an extreme form it gives rise to a form of narcissism (Layton, 2014). Narcissistic leadership ‘occurs when leaders’ actions are principally motivated by their own egomaniacal needs and beliefs, superseding the needs and interests of the constituents and institutions they lead’ (Rosenthal & Pittinsky, 2006, p. 629).

The neoliberal environment offers a fertile breeding ground for narcissism. With the neoliberal ideologic viewpoint, people are free entrepreneurs who compete against each other in a free market. This creates increasing pressure to constantly perform and produce outcomes. Even leisure has become commodified and alienated from genuine desires and relaxation. The double bind pushes people towards narcissist consumption as a kind of relief—channelling anxiety and stress into personal pursuits of material wealth and fame (McDonald et al., 2008) that are in turn legitimated by the neoliberal entrepreneuring spirit. Those who manage to ‘succeed’ are the ones who are able to fulfil the neoliberal ideal that rewards an extreme form of self-centredness and individualism. Not surprising, neoliberal practice favours narcissistic dispositions—narcissistic people are more likely to quickly climb up the corporate ladder and become CEO regardless of the types of business involved (Butts, 2020; Rovelli & Curnis, 2021). Narcissism exists in different cultures across different times. The problem we are facing in our time is that narcissist dispositions are openly encouraged and normalised in neoliberal societies and that could be detrimental to society as a whole.

Although the roots of neo-liberalism lie in two strands of protestant Christian thought, the results are such as to create consternation even in the Western world, evident in the COP 26 conference in Glasgow. The strength of the belief in individualism stems from the protestant development of the idea that people could communicate directly with God and did not need the priest as intermediary (Morris, 1987). The emphasis on the importance of material success comes from a different protestant strand of thought: that there was only room in Heaven for a limited number of people, the ‘Elect’, and that it was possible to see in their earthly lives who was chosen, because God would smile on their endeavours—and they would become rich. Godliness then becomes associated not with cleanliness, but with wealthiness. It has certain similarities with the notion of the ‘mandate of heaven’, in that success demonstrates supernatural approval—and failure signifies the loss of that approval. Combined with other phenomena of the world today—see Lenin (1963) and Heidegger (1977)—this narrow individualism might be seen as the contemporary form of narcissism that jeopardises the planet today. Greed becomes sanctified, first by religion and then by a particular form of economics, economic rationalism, widely taught in the 1980s and 1990s (Devine, 2004).

Narcissism manifests itself in different ways through leadership. For example, narcissist leaders are overconfident about their own abilities (Guedes, 2017) and unwilling to apologise (Leunissen et al., 2017). This excessive confidence is also called the Prozac leadership style that deters critiques or alternative ideas (Collinson, 2012). Overconfidence is considered as necessary to strengthen individual power. As such, it is difficult for narcissist leaders to listen to diverse ideas and options or tolerate people who are different. This leads to a circular effect of narcissism that the exceeding self-centredness render narcissists unable to understand others’ emotion, and vice versa. Incapable of compassion or empathy, neoliberal narcissism means ‘death of justice’ (Gruba-McCallister, 2017). What is more, narcissist leaders ‘infest’ their organisations’ cultures and the effect could last long after these leaders have left (Butts, 2020). In short, detrimental consequences of neoliberalism lie at its undoing of the common good and community and eventually threatens democracy (Brown, 2015). All these descriptions boil down to a promotion of excessively self-centred personhood or neoliberal narcissism.

An ecological understanding of the self could offer a contrary perspective to destabilise the neoliberal self. Contrary to the neoliberal view on individuals as detached competitors and the emphasis on free market and economic efficiency, the Confucian concept of authenticity,
cheng (誠) posits that individuals are integral to each other and broad contexts: communities, society, and the cosmos. The common good is the ultimate goal that brings about the fulfillment and actualisation of individuals (Wu, 2019). Confucianism insists on the integration of actions and rhetoric, the self and the collective. To lead is to seek and follow the Dao, orders or principles of the cosmos achieving harmony among the myriad of people and things in society and the universe. In practice, there are two focal aspects of authentic leadership in the Confucian ideal: to lead for the betterment of all and to lead by examples. An opposing concept will not automatically dismantle the rhetoric of neoliberalism. Moreover, Confucianism could be manipulated for various political agendas (Wu & Devine, 2018). The key argument, however, is that a Confucian notion of the self could fundamentally challenge the neoliberal entrepreneuring self.

In Confucian thought, leaders should never place their personal interests before those of the public. In this sense, the self is never an atomic individual in isolation but belongs to the family, community, and ecological system. The self is always humble. Hence, a grandiose sense of self-importance in a leader is a warning sign. Reflecting the ideal of the ecological self is the concept of Datong (大同), the Great Unity or Grand Union. It is a Confucian Utopia adapted from the past, the mythical period. It is a philosophical expression for the common good in Chinese tradition and culture. Datong is when Dao (道) prevails, and harmony is achieved. The ultimate goal for the Confucian leader is to lead everyone towards the world of Datong. The insistence on Dao and achieving Datong points to adhering to an ideal beyond oneself, beyond material or short-term gains (Wu, 2019). As Confucius stated, wealth and fame obtained without virtue are as valueless as floating cloud (不義而富且貴、於我如浮雲) (The Analects, 1.16). This view contradicts the over-emphasis on material consumption, individual achievements and the entrepreneurial self as the means and the ends. Adopting the self as ecological being, leadership is therefore about having long-term and broad vision beyond immediate rankings, performance indicators or personal fame.

Second, in modern western countries, oration skills and personal charisma are indispensable for leaders. This western cultural tradition can be traced from Aristotle in ancient Greece. On the contrary, Confucius emphasises a leader’s action: ‘A noble is modest in his speech but exceeds in his actions’ (君子欲訥於言而敏於行) (The Analects, 4.24).  Confucius insists that one’s words must be consistent with the action. In the Confucian ideal, the moral quality of the rulers is important. As stated in the Analectic (8.2), when the ruler is kind and puts others’ interests ahead of their own, people will be touched by benevolence and will follow. For Confucian scholars, virtues are not something abstract or mere words. Rather, virtues are concrete through everyday sensibility and are embodied in leaders’ exemplary role modelling (Cottine, 2016). An emphasis on action and its congruence with words challenges neoliberal rhetoric and discursive dominance. A characteristic of narcissism is its brazen self-promotion with hollow and inflated images. Put differently, narcissists use words to create zealous and embellishing self-image coupled with personal charm and charisma to appeal to followers. All the words are rhetoric intended for personal gains and narcissists’ sense of importance. These words are without actions.

In short, narcissist leadership could bring harm to organisations, institutions and societies. The problem with the neoliberal narcissist leadership is that it is shamelessly promoted and rewarded. Its historical root can be found in a narrow form of individualism. In contrast, the ecological sense of the self, drawing on Confucian ideal, offering alternatives of thinking about the self, could subvert such entrenched ideology that normalises the narcissist way of living and leading. Specifically, an ecological self is embedded in the universe. It reiterates that the self is not in the centre, must remain humble, and one’s personal interests are also second to those of the public. In addition, the ecological self is more than empty rhetoric but should be enacted, connecting all the senses with others and the environments.

Devine, N. (2004) An investigation into public choice theory and its implications for Education. Praegar.

Bin Wu is a lecturer at Swinburne University of Technology. Her research disciplines include sociology of education, educational history and philosophy. Her recent research has focused on Chinese history, philosophy and contemporary education, the experiences of Chinese women and migration.