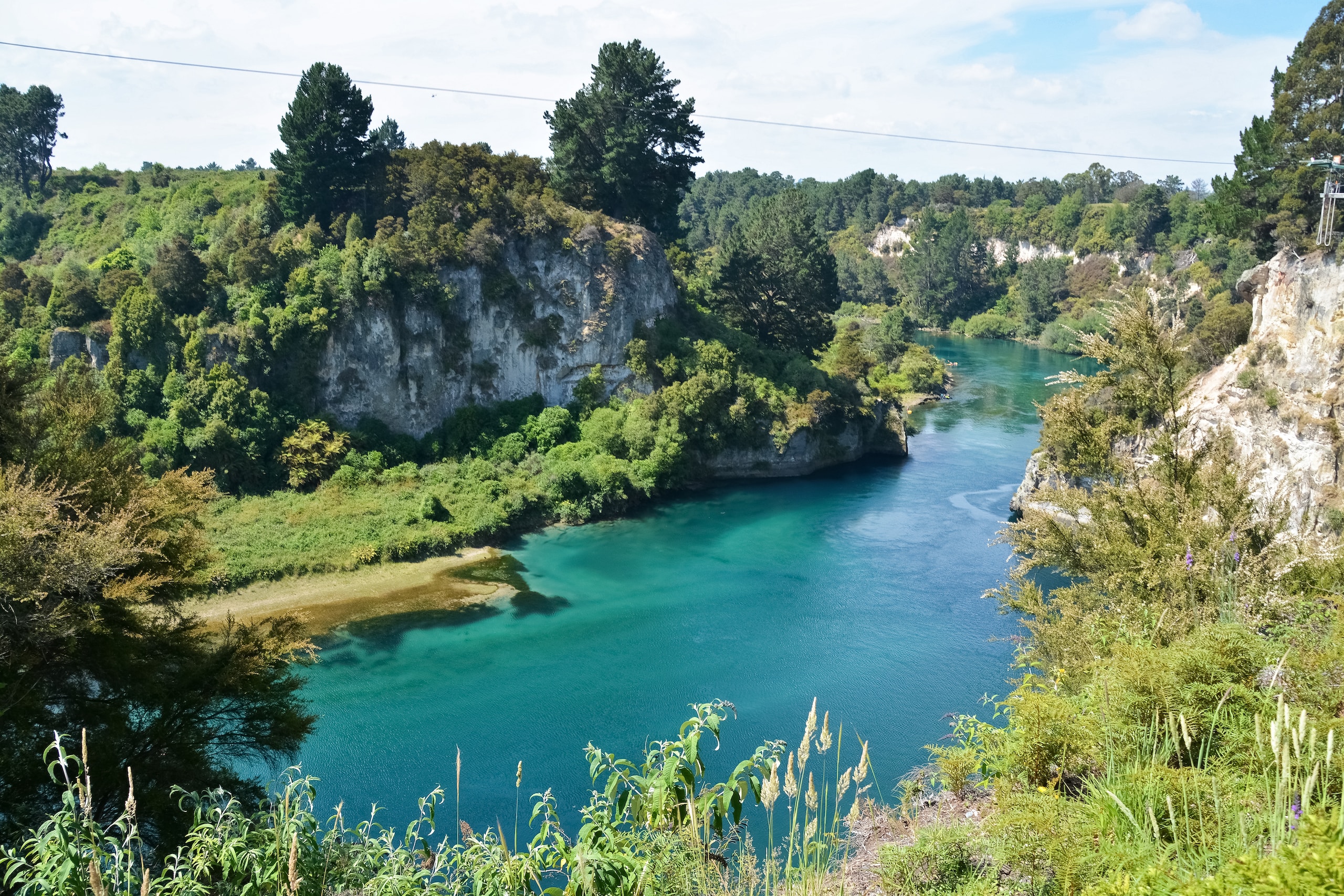 This commentary article discusses the inclusion of Māori knowledge in senior school science in the context of some new senior school science qualifications that are currently being trialled. These proposals raise challenging questions and are provoking intense debates among secondary science teachers in Aotearoa New Zealand. We introduce the proposals and their rationale and summarise the main objections raised by science teachers. We focus on three specific Māori concepts used in the proposals and comment on the possibilities.

This short commentary article combines literature-based reasoning about certain current events in science curriculum with anecdotal evidence from the teaching experiences and networks in secondary science of both authors. We are located at two different places in the field, but both worked in science before becoming secondary science teachers, and both are interested in the new proposed National Certificate of Educational Achievement (NCEA), i.e., NCEA Level 1 Science matrices. We do not aim to present the ‘truth’ but rather to describe the situation in ‘true-to-life’ fashion. Although our research is not ‘objective’ its value can be assessed by the criteria of verisimilitude and usefulness: are our descriptions typical of secondary science teacher experience, and is this article helpful for those interested in this educational problematic? The next section introduces the proposals and reasons for change, followed by a summary of typical teacher objections. We then focus on three Māori concepts (taiao, mauri and whakapapa) used in some of the standard titles, before making some closing comments and suggestions.

What are the new standards and why are they being proposed?

In 2018 the new Labour-led government undertook wide-ranging consultation to inform a raft of national education reviews, among them the NCEA Review. In May 2019 the government announced seven principles of the NCEA change package:

A new proposal for NCEA Level 1 Science is currently (October 2021) being trialled in several schools nationally. It includes three new learning matrices[1], each consisting of several Big Ideas and Achievement Standards (AS): Science, which incorporates the Nature of Science, Chemistry and Biology (CB), and Physics Earth and Space Science (PES), the latter two described as ‘consolidated’ subjects (since each combines two Science curriculum strands). Overall the proposal supports the vision of coherent foundational learning, assessed by fewer, larger standards (compared with the existing matrix) and allowing for specialisation at Levels 2 and 3. While the AS titles for Science and PES are written in all English words, the CB titles include three Māori words/concepts: taiao, mauri and whakapapa (discussed further below):

Including Māori concepts in these achievement standard titles is clearly an attempt to reflect the ‘mana ōrite’ principle of the NCEA change package – to reflect an openness towards knowledge of different kinds. Science is the most difficult area of the school curriculum in which to incorporate Māori knowledge, but these changes can be seen as part of ongoing strategies to increase Māori participation and achievement in science, which has attracted very few Māori students (McKinley, 2008; Stewart, 2017).

What do science teachers think?

together offer sturdy support for a (possibly pre-existing) overall attitude of bias against the efforts of the three new matrices to respond to the NCEA change principles, in particular the call for ‘mana ōrite’ or ‘equal mana’ for mātauranga Māori.

A good example of the problem is the question of what is considered ‘living’ since the concept of a ‘living thing’ is standard content in junior secondary science programmes. There, seven life processes (known as MRS GREN, i.e., movement, respiration, senses, growth, reproduction, excretion, and nutrition) are taught as distinguishing a ‘living thing’ whereas in Māori thinking, other natural features are also included under the category of ‘living’ such as a river. From the typical science teacher’s point of view, the Māori idea is ‘wrong’ and the science idea is ‘right’ because it is ‘true’ according to science. But this response (a) misses the opportunity for good philosophical discussion about categories and definitions, and (b) ignores the ecology of a river, on which all the ‘living things’ in its ecosystem depend. This is an opportunity to introduce the Gaia concept of the earth itself as a ‘living thing’ (Lovelock, 1987). The typically negative response by the science teacher to the Māori concept also shows the simplistic nature of school science, since the boundaries of the scientific category of ‘living’ are more blurred than the mnemonic suggests.

Simplified versions of science taught in schools are collectively known as ‘school science’ in which the big three (Biology, Chemistry and Physics) still reign as specialised subjects in the last two years of the school curriculum. These simplified versions plus the quasi-religious devotion to an outdated ‘lockstep’ version of scientific method add up to a simplistic model of science taught in school that bears very little likeness to the diverse milieus of contemporary working science and scientists (Aikenhead, 2000). The conservatism and resistance to change of school science curricula has been documented for many years (Blades, 1997). It is reasonable to argue that school science must of necessity be simplified by comparison with the real world of working science. But textbook presentations of science also tend to the triumphalist, promoting the successes of science but omitting to mention its failures and disgraces (Ninnes & Burnett, 2001). Distorted textbook versions of science must be considered ideological, although the relevant intentions and effects form complex chains of power, difficult to discern.

Secondary science teachers may believe that teaching science through the scientific method aligns with tertiary science education, making a strong rationale for them to reject the proposed changes. But this belief is flawed on two grounds: first, since contemporary philosophy of science accepts that there is no one ‘scientific method’ (Okasha, 2016); and second, because tertiary science educators are also under pressure to introduce Māori knowledge into their curricula, and may well expect their secondary school colleagues to share this responsibility. The next section considers how science teachers could respond to the challenge represented by these changes in relation to each of the three Māori concepts in the titles shown above.

The three Māori concepts included in the above titles are considered in turn, starting with taiao, which is the most straightforward, since it means ‘environment’ in its modern meaning and as used in the school science curriculum. Taiao is an example of a traditional Māori word—originally a synonym for ‘ao’—which has been modernised and ‘fixed’, i.e., given a meaning deriving from European categories, which would once have been only part of its meaning (Mika, 2012). This being the case, it is reasonable for a science teacher to swap ‘taiao’ for ‘environment’ in relation to CB 1.1, 1.2 and 1.4. In the case of 1.2 and 1.4, this is the only Māori word in the title, which can therefore be ‘translated’ with ease into terms a science teacher would feel comfortable with. CB 1.1 contains taiao and also mauri.

Mauri is more complex to explain; it is a traditional Māori concept for which there is no exact English equivalent. It is a holistic word, and can be taken to mean ‘ecological, biological and chemical health’ in relation to CB 1.1 and the effects of a microorganism on the ‘mauri of the taiao’—which suggests studying the positive and negative effects of a microorganism on the health of other organisms or the physico-chemical conditions of the environment and habitat.

CB 1.3 includes the word whakapapa in relation to genetic variation and inheritance, a standard topic for NCEA Level 1 Science. Whakapapa is a complex concept; a rich and generative master concept of Māori philosophy (Stewart, 2020) that underpins the Māori cosmos as well as a framework of Māori ethics. Whakapapa means much more than most science teachers realise, but even if understood only as ‘family tree’ it has clear, unequivocal links to genetic variation and inheritance. Many science teachers already use whakapapa as a Māori example to introduce the topic of genetics.

All things considered, there seems little for teachers to be opposed to, and reasons to be positive about the approach taken in the CB learning matrix. The three Māori concepts have been carefully chosen to relate well to the standard NCEA Level 1 Science teaching programme. While they allow the science teacher to stay on familiar ground, they also provide more scope for teachers who want to delve more deeply into Māori knowledge. They also provide starting points to introduce deeper discussions of the nature of science in relation to philosophy of science and systems of knowledge.

Where to from here?

We argue that the introduction of carefully selected Māori concepts in NCEA Science is a positive move. It challenges deeply-held teacher assumptions about science and Māori knowledge, and encourages science teachers to consider the philosophy of science in more depth. On its own, such a change cannot overcome the entire history of lack of Māori participation and achievement in science education, but it is an innovative and interesting way to bring Māori concepts into school science. Arguably it does so in a more meaningful way than ‘translating’ science into Māori, which means the invention of a pressure-cooked lexicon (Stewart, 2011). For many secondary science teachers it will be necessary to ‘go on a journey’ to come to accept these changes. Being willing to travel is the first requirement.

[1] Information on the new learning matrices is available at the following websites:

Angelo Tedoldi is a student science teacher at Ako Mātātupu – Teach First NZ where he is studying to become a qualified secondary school teacher. He is passionate about understanding mātauranga Māori and supporting others to integrate mātauranga Māori in the science curriculum.

Full Citation Information:
Stewart , G. T., & Tedoldi, A. (2021). Bringing Māori concepts into school science: NCEA. ACCESS: Contemporary Issues in Education, 41(1), 77-81. https://doi.org/10.46786/ac21.1591
Article Feature Image Acknowledgement: Photo by Jeremy Bezanger on Unsplash
We use cookies on our website to give you the most relevant experience by remembering your preferences and repeat visits. By clicking “Accept”, you consent to the use of ALL the cookies.
ACCEPT
Privacy & Cookies Policy