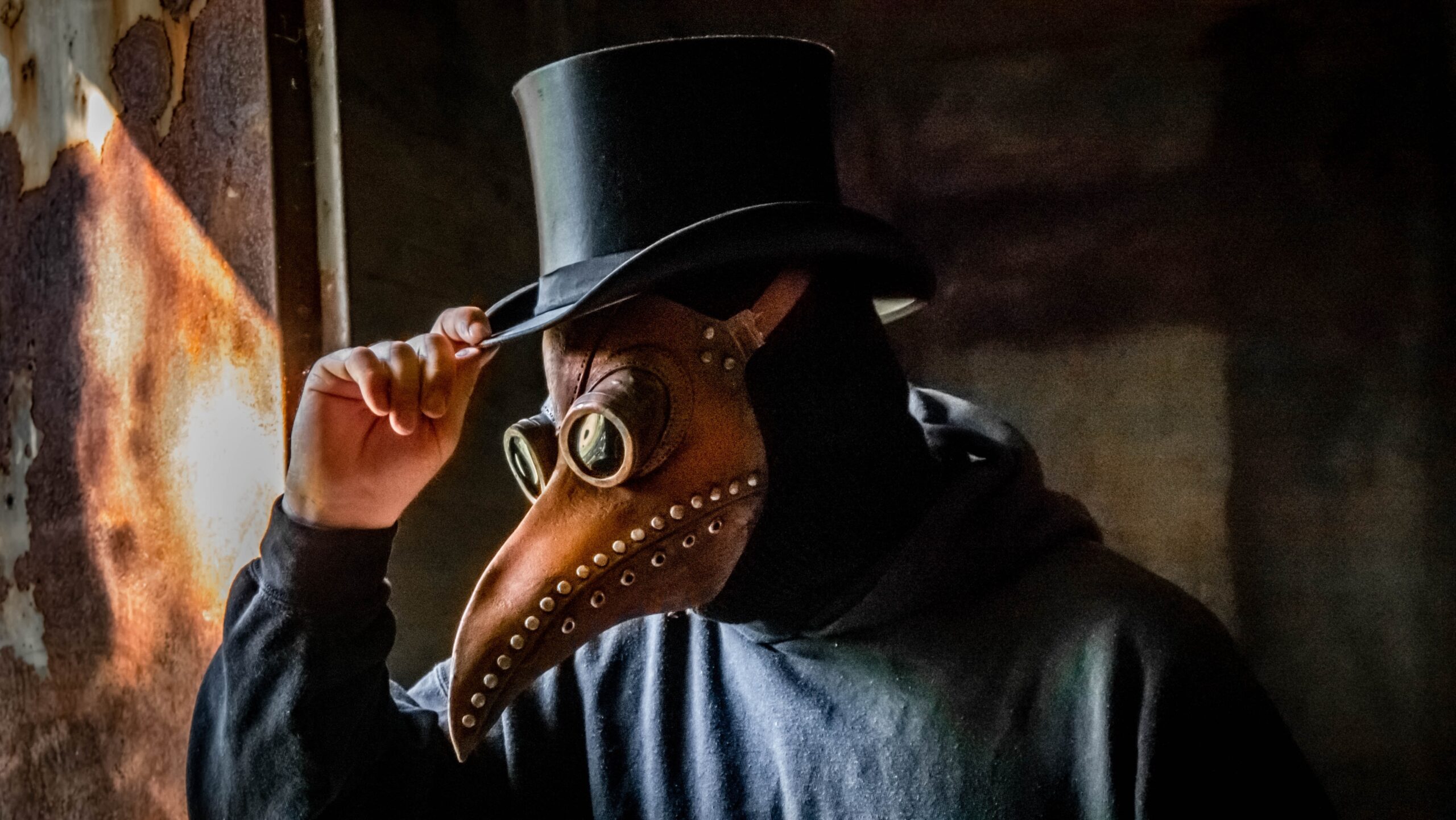 Much has been made of Albert Camus’ novel The Plague’s larger philosophical themes of ‘engagement’, pettiness and benevolence,  as well as all sorts of experiences and  problems covered by the phrase ‘the human condition’: love, hope, boredom, goodness, happiness and belonging. In particular, Camus seems to want to place heroism in the actions and thoughts of the everyday and ordinary, rather than in great ideas or glorious feats. Similarly, running through the book there are persistent references to the difficulty of living without knowing what to expect, whom to trust or what the characters have reason to believe. Father Paneloux, a Jesuit priest, chooses to uphold faith in an ultimate justifying Truth beyond human ken that can only be understood sub specie aeternitatis. Jean Tarrou seeks meaning in human striving. But in either case, it is their small, everyday actions that constitute the stuff of what they actually believe, what they take for granted, what they hope for and what they expect.

In this respect, the leitmotif of the book is the fundamental uncertainty at the core of human existence. Camus’s concluding remarks summarize the starting point for all human activity, a starting point that we make little effort to recognize and all the more effort to repress:  The baccilus of pestilence, the seeds of war, the roots of mass cruelty and destruction, of each it might be said that it ‘never dies, or disappears for good; that it can lie dormant for years and years in furniture and linen-chests; that it bides its time in bedrooms, cellars, trunks and bookshelves; and that perhaps the day would come when , for the bane and enlightening of men, it would rouse up rats again and send them forth to die in a happy city.’

The people of Oran went about their business in a thoroughly modern way, without ‘intimation’ that things could be very different. It is only when fear starts to set in that they begin to reflect seriously on the conditions of their existence. In his notebooks, Jean Tarrou considers the question of how to be sure that one isn’t wasting one’s time. His answer to himself is that it can only be by being aware of its passing. And how does one become acutely aware of the passing of time? Paradoxically, the best way not to waste one’s time is to wait. For waiting is just the experience of time passing. It is in the most mundane situations that we are given opportunity to attend to the passing of time: when we are standing in queues to go see a movie, sitting in the dentist’s waiting room, or pacing up and down the platform in wait for the train to come into the station, and so forth. And this connection between paying attention to one’s immediate situation, in all its banality, on the one hand, and what Plato would call ‘knowledge of the Good’, is played out in several scenes in the novel. For Camus, we can never know what the future will bring, but we can know ourselves and our circumstances, if we make the effort—if we pay attention.

But at the start of the plague, nobody was paying attention. To the contrary, the authorities refused even to think the word ‘plague’ in conjunction with the thoroughly modern city of Oran. ‘Everyone knew’ that the plague ceased to appear in western Europe: ‘Yes, everyone knew that well—except the dead men.’ And the press had nothing to say because ‘Rats died in the streets, men in their homes. And newspapers are concerned only with the street’.  So even the judicious narrator, Dr. Rieux, is taken by surprise, just like everyone else: ‘Everybody knows that pestilences have a way of recurring in the world; yet somehow we find it hard to believe in ones that crash down on our heads from a blue sky. There have been as many plagues as wars in history; yet always plagues and wars take people equally by surprise.’ (As the old and experienced Dr. Castel notes of the bacillus in a later passage, ‘these little brutes always have an air of originality. But at bottom it’s always the same thing.’) Not paying attention to a simple fact of life easily found out, everyone is always caught off guard. Were the town people blameworthy for this? No, ‘they forgot to be modest, that was all, and thought that everything still was possible for them; which presupposed that pestilences were impossible.’ They went on doing business, arranged for journeys, and formed views. How should they have given a thought to anything like plague, which rules out any future, cancels holidays and business trips, silences the exchange of views. ‘They fancied themselves free, and no one will ever be free so longs as there are pestilences.’ And, as Camus makes clear throughout the book, pestilence is just the extreme case of ‘the precariousness  of all things in the world’, this unrest expressly ‘told’ in the murmur of the restless sea pounding at the shores of Oran every day. What to do, then, when the radical ‘uncertainty of all things’ demands notice? Dr Rieux mused: ‘It was only a matter of recognizing what had to be recognized; of expelling extraneous shadows and doing what need to be done…’There lay certitude. All the rest hung on mere threads and trivial contingencies…’ Dr Rieux sees the need to enforce restrictions, but Dr Richard isn’t convinced that they are necessary, and could start a panic. For to do this, it would be necessary to admit officially that plague had broken out, and ‘there was no absolute certainty’. For his part, Dr Rieux’ only certainty was that it was his job to save as many people as possible to the best of his ability, in other words to acknowledge what needs to be done, and do it.

What has all this to do with education, science, knowledge? Everything. Here we have a group of presumably competent doctors. But the issue cannot be settled by expertise. Dr Rieux and Dr Castel are convinced by a central fact: The symptoms they were seeing were consistent with plague. But Dr Rieux’ tests on patients showed slight differences in the bacillus found, which Dr Richard takes as a reason to wait and see rather than to take immediate action. What’s interesting from an epistemic point of view is that everything hangs on a word, ‘plague’, and whether or not to use it. To utter ‘plague’ as a diagnosis would be to change everything, to see everything differently, to enter a new form of life. Before rocking the foundations of what everyone in Oran had reason to take for granted in going about their business, Dr. Richard holds onto a web of beliefs and assumptions into which plague could not be integrated: Oran was a thoroughly up-to-date city, for example, not a primitive backwater; some variety of  influenza was much more likely, making a predictable appearance every year, in contrast to plague, which hadn’t been seen in centuries; etc. But as he gradually came to see that there really was no other word for what was happening, as the word ‘plague’ seemed less and less avoidable, Dr Richard’s whole system of suppositions and expectations took on a new form. What appeared entirely senseless—’absurd’—at the start, was now seething with meaning, a core fact of life. One might compare Rieux’ and Castel’s attitude as a kind of skepticism to Richard’s rationalism; they were prepared to call into question common sense and ‘best practice’, and acknowledge the absurd as valid and applicable, even if they couldn’t refute or even rebut Richard’s arguments and evidence. It’s not as if Richard was mistaken or inept. Rather, one might say that he had a rationalist, or at least  intellectualistic, attitude, while Rieux’ mind had already entered, almost imperceptibly, into the new world, where plague permeated and redefined every ordinary consideration and even the most menial task.

Many of us working in the academy and in media would like to think of ourselves as being clear-sighted and sagacious as Dr Rieux. But what the novel shows is that he considered himself neither. When we berate the other side in the lockdown debate, or, for that matter, when we pat ourselves on our backs for our willingness to utter ‘Black Lives Matter’ or express our support of Greta Thunberg’s  Fridays for Future movement, when we bemoan Trumpism and other forms of illiberal populism, we might note two things: First, it is not necessarily the case that it’s simply a matter of taking the side of intelligence against stupidity, or knowledge against ignorance. Second, what we really believe, assume or value shows itself less in grand gestures, stated opinions, and intellectual postures than in what we do and how we act when nobody is looking or is likely to take notice. Our value judgements are on display where we least expect to find them; indeed, they show up among the judgements that we are least inclined to consider value judgements. They are to be sought and discovered among the most self-evident and least problematic suppositions, the judgments that nobody discusses because everyone implicitly agrees. We find what we really think, how we actually reason and in what we do in fact rely in the unspoken and unstated. And, if we look closely and honestly, we will find that most of these things aren’t judgments at all, but rather appropriated opinions, ingrained habits, learned instincts, preferences and predilections. What is to Dr Rieux’ credit is that he made the effort to pay attention to his own thoughts, to made a judgement and to take responsibility for it, knowing full well that he couldn’t be certain.

I would like to see a higher education designed to instill and cultivate that capacity. 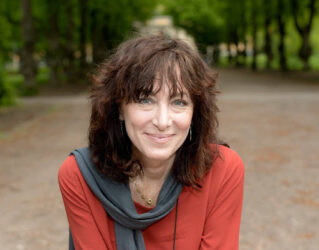 Sharon Rider is Professor of Philosophy at Uppsala University, Sweden, specializing on the cultural conditions for knowledge and rational agency. She was Vice Dean of the Faculty of Arts 2008-2014, and is currently Deputy Director of the Swedish Research Council-funded Engaging VulnerabilityProgram. Rider is on the Scientific Advisory Board for the Swedish International Cooperation Agency, and a member of the The Royal Society of Humanities at Uppsala. In 2015, she was the first recipient of the HumTank award for significant contribution to the humanities.