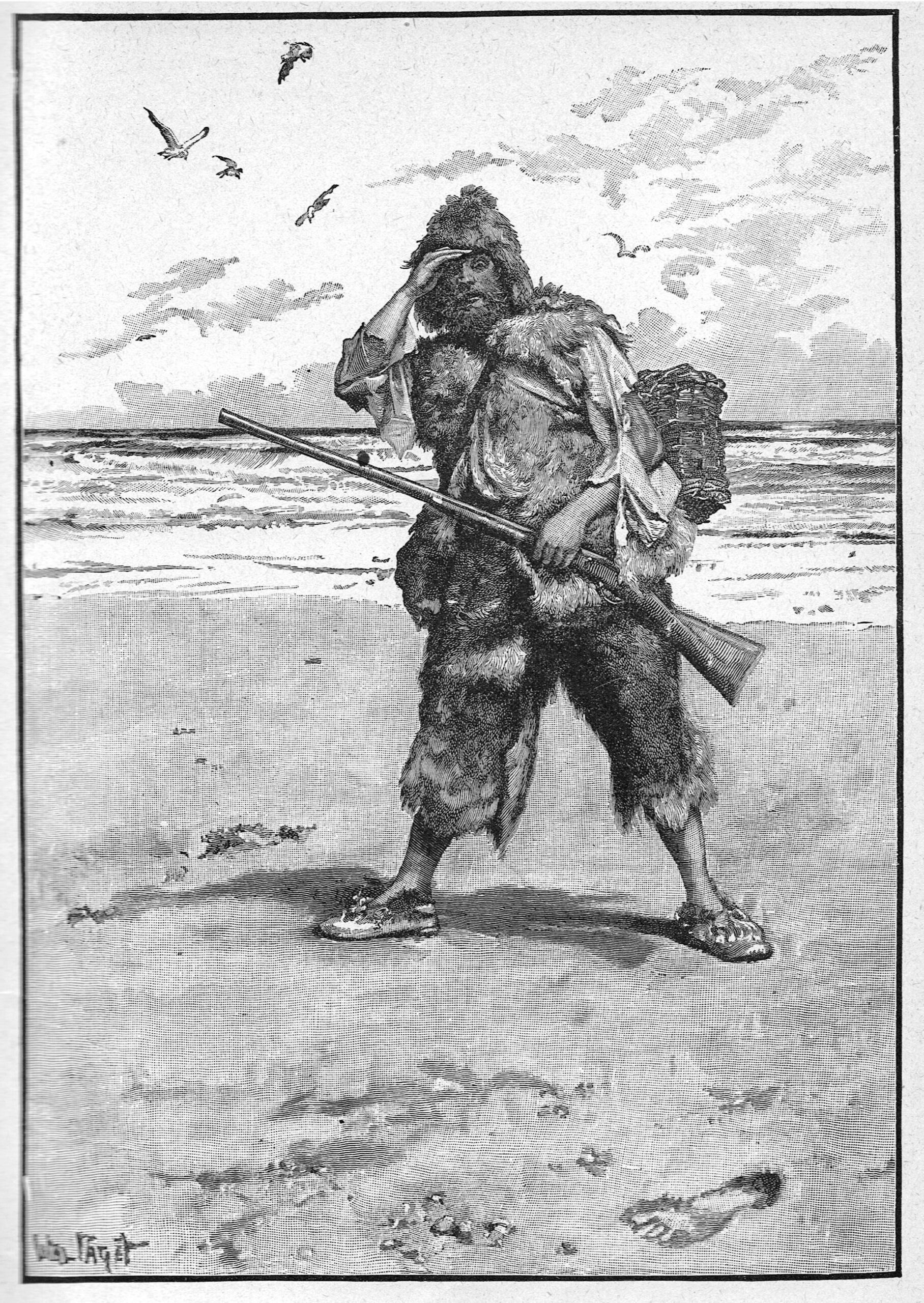 I am writing in my solipsistic enchainment, my hermetic island of withdrawal, quarantine, confinement, isolation and loneliness. There is a real perversion in thinking this new world of mine, not so much a world-without-others as us-without-the-world. Thinking from the world-without-others to the world-without-us and then us-without-the-world has taken on a life of its own in the time of the Coronavirus pandemic because it is in this time that the question of the island has taken on real existential quality. What is my island of withdrawal? This is explicated brilliantly by French philosopher Catherine Malabou in her essay “To quarantine from quarantine: Rousseau, Robinson Crusoe and ‘I.’” As she spoke about the island of the self in withdrawal, in isolation, in quarantine, in confinement, it became clear that one has to find in one’s moment of withdrawal the possibility of building a world with and for others. One has to struggle against the deadly centripetal cycles of the self, the deadly cycles of ipseity, against a self which turns inwards, burrows itself deeper into itself, feasts on its narcissism and melancholia and festers in its brooding obsessions.

In the time of the coronavirus pandemic, Malabou has spoken beautifully about the thought experiment of withdrawing into the self, into “the island of the self,” and from there to begin to ruminate upon new forms of sociality, new forms of understanding of alterity as such. It is in the “bracketing of sociality,” our epoché or “suspension of judgment,” that sometimes one can access alterity. As she puts it, “I am trying to be as solitary as possible in my loneliness.” She says that it is only in withdrawing into the self in the time of isolation that one can truly understand what alterity is as such. For me, this is the beginning of the reconstruction of transindividuation circuits in the Stieglerian sense. It is only by withdrawing into the self that one can come to understand what the Other is as such, what being-with is as such. As Malabou says, “I noticed that writing only became possible when I reached such a confinement within confinement, a place in the place where nobody could enter and that at the same time was the condition for my exchanges with others.” You might call this a philosophical or phenomenological moment of grace or revelation, but another way to put this is to say that the epokhē, suspension and interruption, which the virus has prompted, has opened up a “third world” of thought, as Stiegler says following Popper, the possibility of sublimation, the possibility of negentropic knowledge. In this crisis, a time of breaking down of the everyday, there is the possibility of reorientation. Malabou invokes Foucault’s ethics of the self, the care of and technologies of the self, as a way to understand isolation. And she sounds Heideggerian when she says it is necessary to know how to find “society within oneself” in order to understand what politics means. In terms of the latter, her suggestions prompted me to look at Being and Time again, but to think the existentials there in a different way.

Out of this poverty of living a life without the world, there is an opportunity to reflect on this radical absence, the conspicuous absence of a life without a world. This seems to suggest that we can think otherwise regarding the crisis of living a life without the world, of being outside the world and not with a world; we can think beyond it. In the poverty of living a life without the world, there is the opportunity to think about the possibility of future worlds; indeed we can pose a radical critique of the present world in the name of a future world as such. Containment thus proves to be an opportunity to think about the concept of us-without-the-world. That we are without world suggests that we are poor in world as Heidegger says of the animals and inanimate objects, that we do not have a world, that we are somehow subtracted from the world, somehow desparingly deficient, that we have a deficient mode of being (defizienter modus). In Being and Time, Heidegger writes that being-alone is a deficient mode of Dasein’s being-with, but in the existential of us-without-the-world as we are not of the world, the structure of Mitsein is remote, distant.

Where I dwell, there was once a world around me which had the structure of everydayness. That has gone. The abstract and impersonal and automatic signals, alerts, messages, announcements of my everyday working and commuting world have all fallen silent. I no longer move. I no longer travel. I am hermetic. There is no outside. The collapse of this everydayness reveals through its present at handedness that the world is not there around me; it is not there around us. I am alone. Cocooned in my funk at home, through the zooming in and zooming out of technology, the world is de-severed from me further. Yes, the world comes to me, and I become a far-seer of the world. The zooming in and out of the world of technology brings the far-ness of the world into close proximity. Technology zooms in on me, brings my students from far-ness into nearness, into close proximity, manifesting much anxiety and paranoia in the process in the bringing to nearness of that which is far away. From this shared mutual trauma, what is revealed in the breakdown of the everyday is a tendency to eliminate remoteness, to undermine the intimacy of where one dwells. Intimacy has absconded too. My dwelling is no more. What is far away is brought nearer and nearer to the extent that its present to handedness is disclosed. In my withdrawal, there is a de-severance of both the self and world. There is a deadly ipseity of the self. In Being and Time, Heidegger says being alone is a deficient mode of being-with as there is no leaping over to the other. Or in my words, there is no leaping over to the other in the zooming in and out of technology. If it were the case that through technology-mediated solicitude there could be a leaping over towards the other, then the other would become transparent to itself and thus emancipated as Heidegger says. But no. In the zooming in and zooming of technology, there is a commandeering of the other, a control of the other, and we are left existentially quarantined by this unfreedom.

But can we think this otherwise? I think one can. In the collapse of the world, do we not find a certain sense of openness in solicitude and in it the possibility of rethinking the world as it is? Rosi Braidotti has recently responded to the extinction enthusiasts, to the purveyors of a world-without-us, which is a world without others and a world without empathy. In this world, there is neither morality nor sociality. There is no experience and consciousness as such. There is no we-experience but only a phenomenology of the One, pure immanence, replete, pure inert being-in-itself. There is no memory, nor subject or object or inter-subjective relation. The Lebenswelt is entirely erased as this universe of purported self-evident givenness is a world without subject and experience as such. There is no possibility of we or us. Writing against this toxic form of thought, Braidotti speaks of an affirmative ethics in the wake of this orgy of extinction fever. I have interpreted her in the following way to help make sense of my ownmost isolation. In isolation, we must think of new forms of affirmative ethics and action. This means, to use Braidotti’s language, to take “suffering as a source of information.” We must understand our collective suffering, the being-alone as a deficient mode of being-with in the time of the coronavirus. We must understand the suffering of us-without-a-world. There is a clarion call in Braidotti’s work to think beyond the negative passions, starting from the acknowledgement of pain and suffering. There is no time to indulge or wallow in this moment as these are real, fundamental structural issues to change. Isolation is an opportunity for all people who suffer from isolation to make isolation and suffering a source of information and thus a source of renewal:She says: “Out of our serious difficulties we must extract ways to understand our position as being worthy of our times.”Braidotti asks what kind of ethics do we need in the time of crisis? Her answer, following her teacher Deleuze, is to be being worthy of what happens to us. In the time of the virus, the collective task is to create a sense of hope or renewal. She argues that isolation is a way to reconstitute community, to find “the missing people,” to create other alternative ways of living, other ways of becoming.

We must find a way to zoom in and zoom out of alterity in the time of the coronavirus pandemic to return subjectivity to itself as a source of creation and sufficiency. This is to resist the deficiency of a world-without-us. Rather, in the bleak moment of finding ourselves us-without-a-world, we must find islands of recuperation as we zoom across oceans of toxic, nihilistic information.