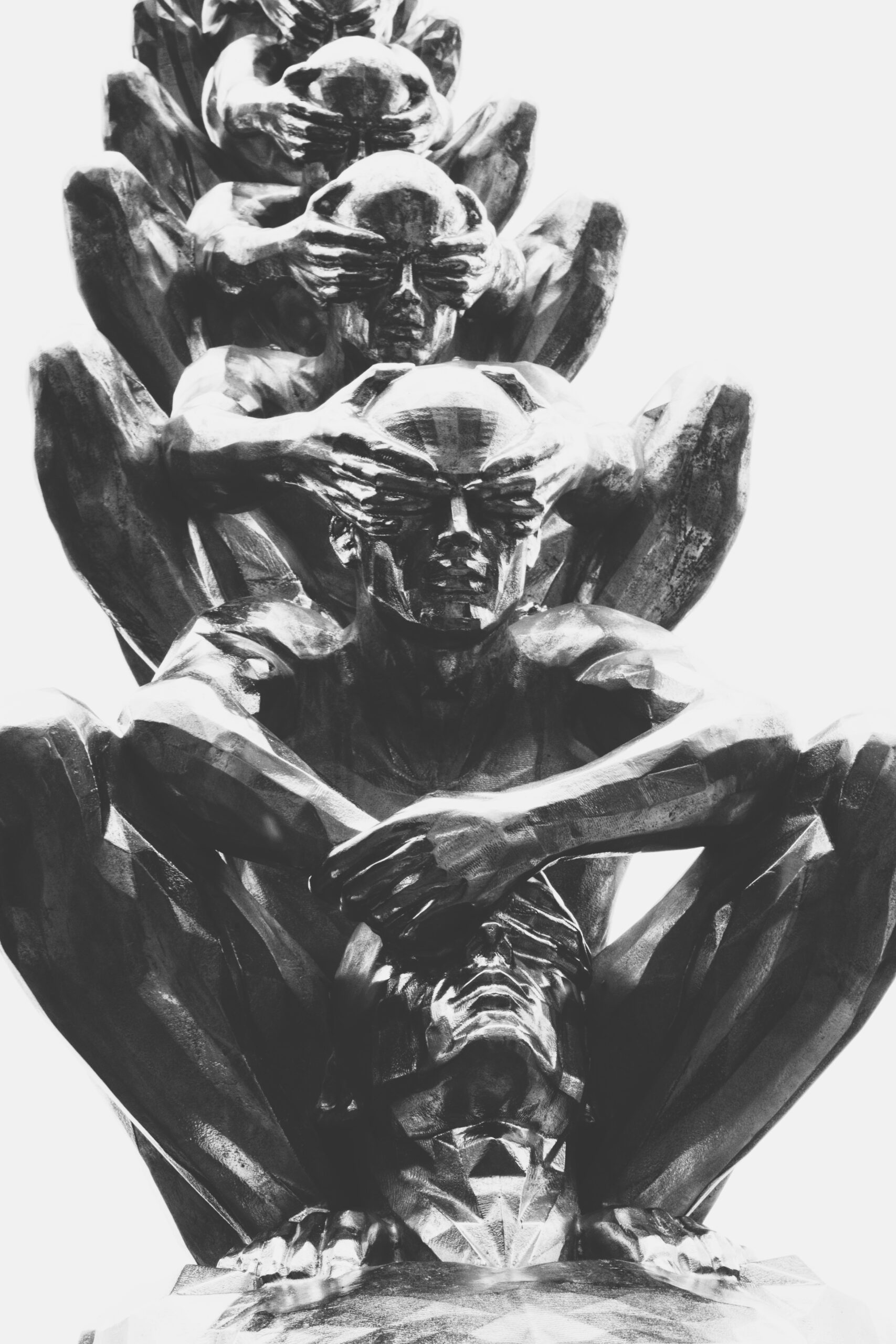 In 2013, a range of scholars was approached, with a theme and a major question for a special issue of Educational Philosophy and Theory. The question was stated in the following way:

Does the Western tradition have the intellectual resources to overcome its philosophical blindness?

And in a subset the following was also asked:

Can it [Western philosophy] learn from, by, despite, itself? What are its major resources for this kind of learning? Does it have the capacity to learn from other traditions?

As a special invitation, this was sent out to scholars across the disciplines in the humanities and social sciences to write an invitational short paper in response to this issue. But the questions themselves exposed us to possible accusations of oversimplify-ing a set of complex problems. This oversimplification can occur in philosophy generally. Often, philosophical traditions are described as if they are geometrical, with one beginning at one point, and another—often its antithesis—taking over somewhere else. These discussions appear overly simplistic and symmetrical, and to evolve as if metaphilosophical discourses in those instances really do adequately represent what they purport to. The most well known of these spatially bound descriptions, at least in Western philosophy, occurs around Continental and analytical philosophy, the gulf between them possibly having its origin in the schism between poetry and philosophy but finding its voice in the famous Carnap/Heidegger disagreement. Each camp has been known to fight for its territory on the basis that it has some province that is its own and has adopted a ‘manifesto [that] can be set up like a battlefield’ (Caws, 2001). Underlying these positions is the most fundamental pursuit of clarity: identifiably crisp borders between the ‘I’ and ‘you’.

If the battle lines that are drawn between Continental and analytic philosophy appear to be formidable and complex, then our readers may need to be warned that the contributors to this current issue are delivering various assaults of an even more difficult and multifaceted nature. The writers are not just thinking about Western philosophy as a rubric but also, at times, as a phenomenon that needs to be brought into question, with some tentativeness retained about its boundaries. Interestingly, this issue deals with Western philosophical blindness, and some of the contributors’ discussions turn on disputing just how clearly demarcable Western philosophy itself really is. In general, the writers hint at its overlap into other traditions. They generally do not want to render too visible that which itself may be, by its nature, incapable of clearly perceiving other philosophical traditions. For the contributors, in some measure or other, the ‘I’, the Western creator of a manifesto of sheer truth has firmly brought the ‘you’ over into its philosophical kingdom. It has not just existed neutrally: it has acted against other possibilities, diminishing them but also reconstructing them in new ways. It has thus become a part of other philosophies.

Bringing something as Herculean as Western philosophy to account is no mean feat, and a dominant response centres on its indistinct edges. Even in its own right, as Enslin and Horsthemke propose and as we have seen in the disagreement between Carnap and Heidegger, Western philosophy is diverse. Enslin and Horsthemke argue for a rethink of the ‘Western’ rubric, itself a transformative and liberating act. Yet thankfully there is a general consensus that one may indeed talk of Western philosophy even if it is now shared by other traditions of thought and even if called such for the sake of convenience. The collection of papers in this issue hence gives us permission to move on from thinking about whether there ‘really is’ such a thing as Western philosophy and to start considering its texture in different ways. Rider argues this move most clearly by showing that one talks of the characteristics of Western philosophy in order to show its distinctiveness. There is a certain pragmatism referred to here that encourages us to not become bogged down in the problem of whether Western philosophy can or should even be addressed. Moreover, for Rider, there is an ethical need to question anew how Western thought must change, even if these enquiries provoke discomfort. Metz depicts the use of such terms as ‘Western’ as not necessarily essentialising but as limiting and suggests that the West must become less ‘Western’ in the narrow sense and question and redefine its scope from its current individualism. For the writers, there certainly is a phenomenon that, in the fashion of Barad, needs to be cut out and defined just momentarily as a ‘local resolution within inherent ontological indeterminacy’ (Barad, 2003, pp. 801–831). In the context of this issue, this temporary encapsulation must occur, it seems, so that we do not fall victim to any perceived grandiosity (and hence unassailability) of Western philosophy.

So how can the blindness of Western philosophy and its potential to transform itself from that state, be described? There is a common suspicion evident in the contributions of the grand Western narrative. Peters reiterates both Heidegger’s and Derrida’s respective positions on this problem, reminding us that Western philosophy cannot get to its own ontology through its rational method. It is barred, as it were, from look-ing at itself. For Peters, the metaphysics of presence is responsible here. One cannot, though, escape metaphysics but instead destabilise it, in the manner of Derrida, so that the absent is brought to the fore. Other philosophical systems, especially African and other indigenous, are considered to be more distant from pure Western thought than others, in particular because they do not have as their core worldview that same origin. Mika argues that indigenous cultures did not traditionally valorise the thoroughgoing rationalism that Western philosophy aspires to, and that if Western thought were more honest it would acknowledge, through its own subjugated philosophies at its disposal, the jolt of mystery that began each seemingly rational perception. Relatedly, Stewart disdains the West’s preoccupation with precision through left brain thinking and its subsequent alienation of Maori students in science, arguing instead for a continued exploration of the differences (and an acknowledgement of that continuity) between both hemispheres of thought. Gross proposes that the aim of education is to inculcate a desire to ask where ‘thou art’ in relation to one’s indwelling power. This process of enquiry is distinct from the Western one, which does not set out to ask whether, but merely assumes that the self is separate from other things.

Yancy notes that Western philosophical does not focus comfortably on issues such as race and that its superior idea of itself through its inherited whiteness limits its sight. It is through African American philosophy as what he terms a ‘gift’ of occasional discomfort that the West can, somewhat ironically, come to see its blindness. It is a phenomenon that troubles the Western self: for Engels-Schwarzpaul, this disturbance comes to the fore in the rifts that occur between supervisor and non-Western student and that open onto the unknown. This lack of certainty in the dynamics between them is potentially transformative for the academy. More broadly but in a similar vein, Roberts argues for an embrace of doubt within education. It is through ‘educational agnosticism’ that one can encompass doubt and mystery as productive agents.

Quite clearly, Western philosophy is not separate from violence: philosophy is not merely a neutral entity awaiting academic contemplation. Indeed, philosophy may be antidotal to violence, as Waghid proposes it should be. Waghid discusses the African notion of ‘ubuntu’, an ethics of ‘caring and compassionate mutuality’, of the disruption to atrocity that comes to being as an unconscious act. On the fact of the relation-ship between philosophy and resolution, many non-Western and Western philosophers alike would agree, and they may perhaps even state that Western thought—thus demarcated and defined if even just for a fleeting discussion—has consequences bigger than those assumed in mere intellectual discussion. For the current writers in some measure or other, Western philosophy must cease staring into the mirror of its own making, assuming who is fairest of them all. It may be that its own peripheral resources, or those of others, can force the West out of its reverie by drawing its gaze away from its own reflection.

Barad, K. (2003). Posthumanist performativity: Toward an understanding of how matter comes to matter. Signs: Journal of Women and Culture and Society, 28, 801–831. 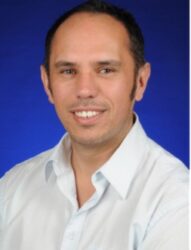 Carl Mika is Professor of Maori and PostGraduate Co-ordinator, in Aotahi School of Maori and Indigenous Studies at Te Whare Wānanga o Waitaha/University of Canterbury, Christchurch, Aotearoa/New Zealand. His iwi affiliations are Tuhourangi and Ngati Whanaunga. With a background in law, indigenous studies and Māori studies, Carl has developed a knowledge base in Western philosophy (especially metaphysics, existentialism and phenomenology). His current research interests are the representation of philosophy as political act for indigenous peoples, and indigenous philosophical theorising generally. He is on the PESA Executive and co-convenes the PESA Indigenous Philosophy Group and is Associate Editor of Online Journal of World Philosophies.