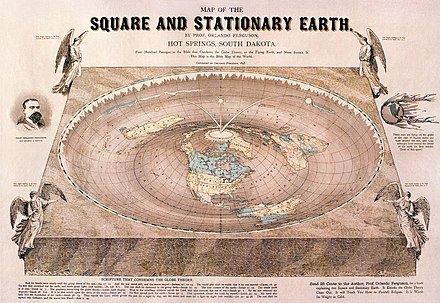 The bad reputation of conspiracy theories is puzzling. After all, people do conspire. That is, they engage in secretive collective behaviour which is illegal or morally questionable. Conspiracies are common in all societies throughout history, and have always been particularly common in politics. Most people conspire some of the time, and some people (e.g. spies) conspire almost all the time. Since people conspire, there can’t be anything wrong with believing they conspire, hence there can’t be anything wrong with believing conspiracy theories. Thinking of conspiracy theories as characteristically false and irrational is like thinking of scientific theories in this way. It is as if we thought of phrenology as a paradigm of a scientific theory. Conspiracy theories, like scientific theories, and virtually any other category of theory, are sometimes true, sometimes false, sometimes believed on rational grounds, sometimes not.

It will be objected at this point that I am assuming that a conspiracy theory is simply a theory according to which a conspiracy has taken place. While this may be the most straightforward way of understanding the term ‘conspiracy theory,’ it is not the only way. In fact, the literature contains a wide array of mutually contradictory definitions. I have considered many of these alternative definitions elsewhere and concluded that none of them are satisfactory and that there is reason to believe that no satisfactory alternative can be found (Coady, 2012, pp. 113–125). Here I will confine myself to noting that although most authors writing on the topic assume that they are all referring to the same thing when they use the term ‘conspiracy theory,’ a glance at their definitions often reveals that they are not.

Although the term ‘conspiracy theory’ lacks any fixed definition, it does serve a fixed function. Its function, like that of the word ‘heresy’ in medieval Europe, is to stigmatise people with beliefs which conflict with officially sanctioned or orthodox beliefs of the time and place in question.

Whenever we use the term ‘conspiracy theory’ pejoratively we imply, perhaps unintentionally, that there is something wrong with believing in conspiracies or wanting to investigate whether they’re occurring. This rhetoric silences the victims of real conspiracies, and those who, rightly or wrongly, believe that conspiracies are occurring, and it herds respectable opinion in ways that make it more likely that powerful interests will be able to get away with conspiracies.

So one bad effect of the current use of this term is that it makes it is easier for conspiracy to thrive at the expense of openness. Another bad effect is that it is an injustice to people whose beliefs are characterised as conspiracy theories. This is what philosopher Miranda Fricker (2007) calls a ‘testimonial injustice.’ When someone asserts that a conspiracy has occurred (especially when powerful people or institutions are involved) that person’s word is inevitably given less credence than it should because of an irrational prejudice produced by the pejorative connotations of these terms.

If I am right that our current use of the term ‘conspiracy theory’ is comparable to the medieval use of the term ‘heresy,’ then the work of psychologists on the subject is comparable to the work of the Inquisition. A body of psychological literature going back to the 1990s purports to give insight into why some people (though not of course the authors themselves or their presumed readers) believe conspiracy theories. Some of the more recent work in this area exhibits intermittent awareness that everyone, or at any rate everyone with a modicum of knowledge of history, current affairs, not to mention much of their own personal life, believe conspiracy theories, and that this is not something that needs any kind of psychological explanation, since it is readily explicable by the fact that many conspiracy theories are both true and well-known to be true. Hence there has been some shift in the psychological literature away from asking why some people believe conspiracy theories to asking why some people suffer from conspiracism or conspiratorial ideation, where this is understood as a disposition to be overly willing to believe in conspiracies. I have spilt some ink debunking this literature elsewhere (Coady, 2019). Here I will confine myself to pointing out a few of the problems with it, before arguing that there is good reason to think these problems can’t be fixed.

In order to establish who does and who does not suffer from conspiracist ideation, psychologists select a list of purported conspiracies which a lot of benighted people believe to be real. The more of these that a person is inclined to give credence to, the greater their alleged susceptibility to the supposed vice of conspiracist ideation. Unfortunately for these researchers their lists of purported conspiracies invariably include at least some real conspiracies. For example, belief in a conspiracy by American government agencies to bring crack cocaine into American inner-city communities is regularly cited in this literature as evidence of conspiracist ideation, despite it being true (Shou, 2014). Since it is true, it can hardly be used as evidence of excessive willingness to believe in conspiracies. If anything, the example demonstrates the opposite fault in those conducting the experiment: excessive reluctance to believe in conspiracies.

Of course, some of the examples of purported conspiracies cited in this literature definitely did not take place. Indeed some of them are such that there is a real puzzle about how large numbers of people could believe that they did take place. However, it doesn’t follow, and it doesn’t in fact seem to be true, that people believe in these conspiracies because they suffer from so-called ‘conspiratorial ideation.’ The most widely cited example in this literature is the belief that American government agencies were behind the 9/11 attacks. It is treated as paradigmatic evidence of conspiracist ideation in almost all of the recent psychological work on this subject (e.g. Brotherton & French, 2014; Bruder et al., 2013; Douglas et al., 2016; Douglas et al., 2019; Drinkwater et al., 2012; Klein et al., 2018; Meyer, 2019; van der Tempel & Alcock, 2015; van Prooijen et al., 2018). Now this is certainly a false belief and evidence of some sort of irrationality (though not necessarily the same sort of irrationality in everyone who has the belief). However this belief can’t be evidence of conspiratorial ideation, because it doesn’t involve belief in conspiracy in favour of a non-conspiratorial explanation of events; rather it involves belief in one conspiracy rather than another (in this case real) conspiracy, namely the one which took place amongst the 19 hijackers and al-Qaeda. Charles Pigden has pointed out the absurdity of trying to explain the 9/11 attacks without supposing there to have been some sort conspiracy in the following passage:

Nobody half-way sane supposes that the events of 9/11 were not due to some conspiracy or other. (To think that you would have to suppose that the perpetrators assembled in the planes quite by chance and that on a sudden, by coincidence, it struck them as a neat idea to hijack the planes and ram then into the Twin Towers, the Whitehouse and the Pentagon, with the aid of other perpetrators who, presumably, they had never met before.) (Pigden, 2006, p. 158)

The problem with the psychological literature on this subject goes deeper than mere reliance on some poorly chosen examples. If psychologists genuinely want to find out if there is a problem of conspiracist ideation (i.e. excessive willingness to believe in conspiracies), they first need to have an idea of how willing one should be to believe in conspiracies, and that would require them to have a good understanding of how widespread actual conspiracies are. Unfortunately this is not a topic which psychologists are particularly well-qualified to address. If anyone has relevant expertise, they would presumably be historians or political scientists.

In fact, as we have seen, psychologists tend to be remarkably naïve about this issue. This naivety is dangerous. There are well-documented cases of psychologists being used by the state to persecute people for believing in real conspiracies. The ‘Martha Mitchell Effect’ is the name given to the process by which a psychiatrist or psychologist labels a patient’s accurate beliefs as delusional and misdiagnoses accordingly. Martha Mitchell, after whom the phenomenon is named, was the wife of Richard Nixon’s Attorney-General John Mitchell. When she accused her husband and other White House officials of engaging in conspiracies, the White House began a coordinated campaign (in fact a conspiracy) to portray her claims as the product of mental illness. Eventually she was vindicated and John Mitchell was convicted of several crimes, including conspiracy.

I have argued against the current pejorative use of the term ‘conspiracy theory.’ What is the alternative? Broadly speaking there are two options. First, we could retain the term, without the pejorative connotations. This is the option that Charles Pigden takes, arguing that a conspiracy theory should be understood simply as a theory according to which a conspiracy has taken place, and that conspiracy theories should be evaluated on their merits, like any other theory. While this would certainly be preferable to the current situation, I don’t think stripping the term of its negative connotations is practically feasible; furthermore it’s not clear to me that the term would serve any useful purpose after it was stripped of its negative connotations. Hence I prefer another option: eliminativism. I have come to think that there is no such thing as a correct, or even a good, definition of this term. I hold that we should stop using, as opposed to mentioning, this term altogether. It appears to do no good, while doing considerable harm. Before the 1950s we got by without it. I see no reason we cannot learn to do so again. 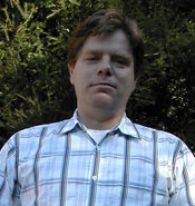 David Coady is a Senior Lecturer in philosophy & gender studies in the School of Humanities, University of Tasmania, Australia. David's research covers a wide variety of philosophical topics,  applied philosophy, and applied epistemology. He has published on rumour, conspiracy theory, the blogosphere, expertise and democratic theory, the metaphysics of causation, the philosophy of law, climate change, cricket ethics, police ethics, and the ethics of horror films. His books include:  What to Believe Now: Applying Epistemology to Contemporary Issues (2012);  The Climate Change Debate: an Epistemic and Ethical Enquiry (2013); Conspiracy Theories: the Philosophical Debate (2006) and A Companion to Applied Philosophy (2016).

david.coady@utas.edu.au
Article Feature Image Acknowledgement: Ferguson in 1893. The map contains several references to biblical passages as well as various jabs at the "Globe Theory". https://en.wikipedia.org/wiki/Flat_Earth
We use cookies on our website to give you the most relevant experience by remembering your preferences and repeat visits. By clicking “Accept”, you consent to the use of ALL the cookies.
ACCEPT
Privacy & Cookies Policy