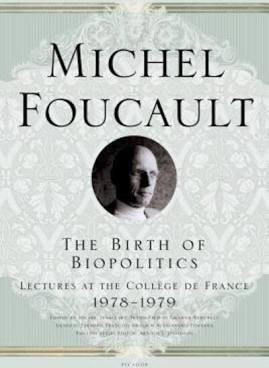 The concept of biopolitics was first outlined by Michel Foucault (2003, 2007, 2009) in his lectures at the Collège de France in the late 1970s in order to name and analyze emergent logics of power in the 18th and 19th centuries. According to Foucault, biopolitics refers to the processes by which human life, at the level of the population, emerged as a distinct political problem in Western societies. Foucault’s early formulation of biopolitics was part of a broader attempt in his genealogical studies to think beyond Marxist theories of power and the State.

Influencing Foucault at the time were a number of historical factors including longstanding frustration with intellectual orthodoxy in the French academy particularly the dominance of structural Marxism; the need for new political theory in light of the eruptions of 1968; the arrival of former eastern bloc dissidents in France fueling growing disillusionment with the Soviet Union; the defeat of the French Socialist and Communist Parties in 1978; and the emergence neoliberal thought—Thatcher in the United Kingdom, Giscard in France, Schmidt in Germany—that foretold a looming crisis of the left. Foucault’s analysis of biopolitics can be read as emerging from this historical milieu and as part of his unique approach to formulating a post-Marxist theory of political rule. Marx (1977) himself famously never developed a systematic theory of the State. However, through his critique of Hegel’s Philosophy of Right he did provide a window into his perspective. Whereas Hegel viewed the State as the abstract dialectical embodiment of universal reason, Marx argued that the State was rather the concrete embodiment of the particular interests of the ruling class. Extending Marx, Antonio Gramsci (1971) situated the State as a site of struggle over the formation of ideological consent, or hegemony. For Louis Althusser (2005), the State operates to coordinate the social reproduction of the material relations of production through ideological apparatuses such as the school, church, prison, factory, and media. In Foucault’s assessment, these notions of the State were mechanistic, functionalist, determinist, and monolithic because they failed to recognize the multivalent forms of power and knowledge that both animate and exceed the State within a more general economy of political rule. Thus, in his lectures at the Collège de France, Foucault analyzed biopolitics as emerging out of and complimenting two other modalities of power, sovereignty and discipline. Whereas sovereignty refers ultimately to a power to take life, and discipline to a form of power directed at training the body, biopolitics concerns the management of a population, which in the 18th century, became possible for the first time through the development of new rationalities and techniques that aimed to measure, quantify, classify, and evaluate the immanent characteristics of a given territory. Through the invention of new statistical tools and metrics such as birth rates, death rates, census tracts, agricultural outputs and inputs, and figures concerning pestilence, disease, deviancy, and pauperism, human populations where rendered into a field of visibility and intervention, which, in turn, meant that populations and subjects came to understand themselves and their actions through these contingent and arbitrary statistical categories, including classification schemas that became associated with 19th and 20th century racial taxonomies, colonialism, genocide, and warfare.

Foucault’s innovation in thinking biopolitics in this way is that it revealed the extent to which power became exercised not only through specific technologies of knowledge, but also, decisively, through practices of security underwriting a distinct political economy: enabling and allowing certain types of circulation to occur within a territory by respecting the quasi-natural basis of the economy through State inaction. Put differently, rather than operating solely, or even primarily through coercion and/or regulation, biopolitics constituted the basis of liberalism as an art of governmentality that recognized freedom itself as a crucial terrain of rule. In contrast to framing liberalism as an ideology, or set of beliefs, Foucault situates it in Kantian terms as a critique of State reason: a political rationality predicated on limiting the State so as to secure and enhance the quasi-natural/autonomous characteristics of economy and society.

By locating freedom as a component of State reason within liberal governmentality, Foucault complicates Marxist theories of power and the State. Moreover, the insight that freedom is immanent to power also forces deeper engagement with the dynamics of alienation within the Marxist tradition. Rather than a distorted condition that denies an essential aspect of species-being as articulated in Marx’s humanist formulation of alienation in the 1844 Manuscripts, Foucault draws our attention to how humanity as species is itself a historical invention layered with exclusions. This is one of the reasons Foucault claimed that ‘actually-existing’ 20th century communism failed, because it never achieved a fully realized mode of governmentality that recognized freedom as a biopolitical category rather than an essential element of alienated-being waiting to be emancipated either through socialist revolution and/or the eventual withering away the State. This is empowering to the extent that it maintains alternative forms of biopolitics and governmentality are possible. But it is limiting in that it provides no normative orientation, or ground from which they could be tethered after the ‘death of man’. In other words, Foucault, doesn’t offer much guidance in realizing a posthumanist biopolitics, or what Sylvia Wynter (2003) has called a new Human Project. Lastly, Foucault’s analysis denies itself some of the most powerful tools for apprehending biopolitical dynamics and political rule as they exist in constant interplay and tension with capitalism and its distinctive systemic drives, which are neither fictions, nor epiphenomena of political reason: e.g. extractive capitalism makes pandemics like COVID-19 more likely, which in turn, translate into massive shifts in biopolitics at the level of the State, economy, society, and subjectivity. As other philosophers and social theorists have demonstrated, analysis of biopolitics benefit from both pushing Marx beyond Marx as well as Foucault beyond Foucault (Hardt and Negri, 2000).

Gramsci, A. (1971). Selections from the prison notebooks . Lawrence and Wishart. [Google Scholar] 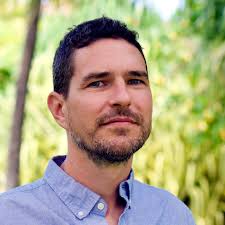 Alex Means is Graduate Chair and Associate Professor, Department of Educational Foundations, University of Hawaiʻi at Mānoa. His work examines education in relation to political, economic, cultural, technological, and social change. His most recent book is Learning to Save the Future: Rethinking Education and Work in an Age of Digital Capitalism (Routledge 2018). Alex is co-host with Amy Sojot for the PESA Agora Podcast series,  Collective Intellectualities.