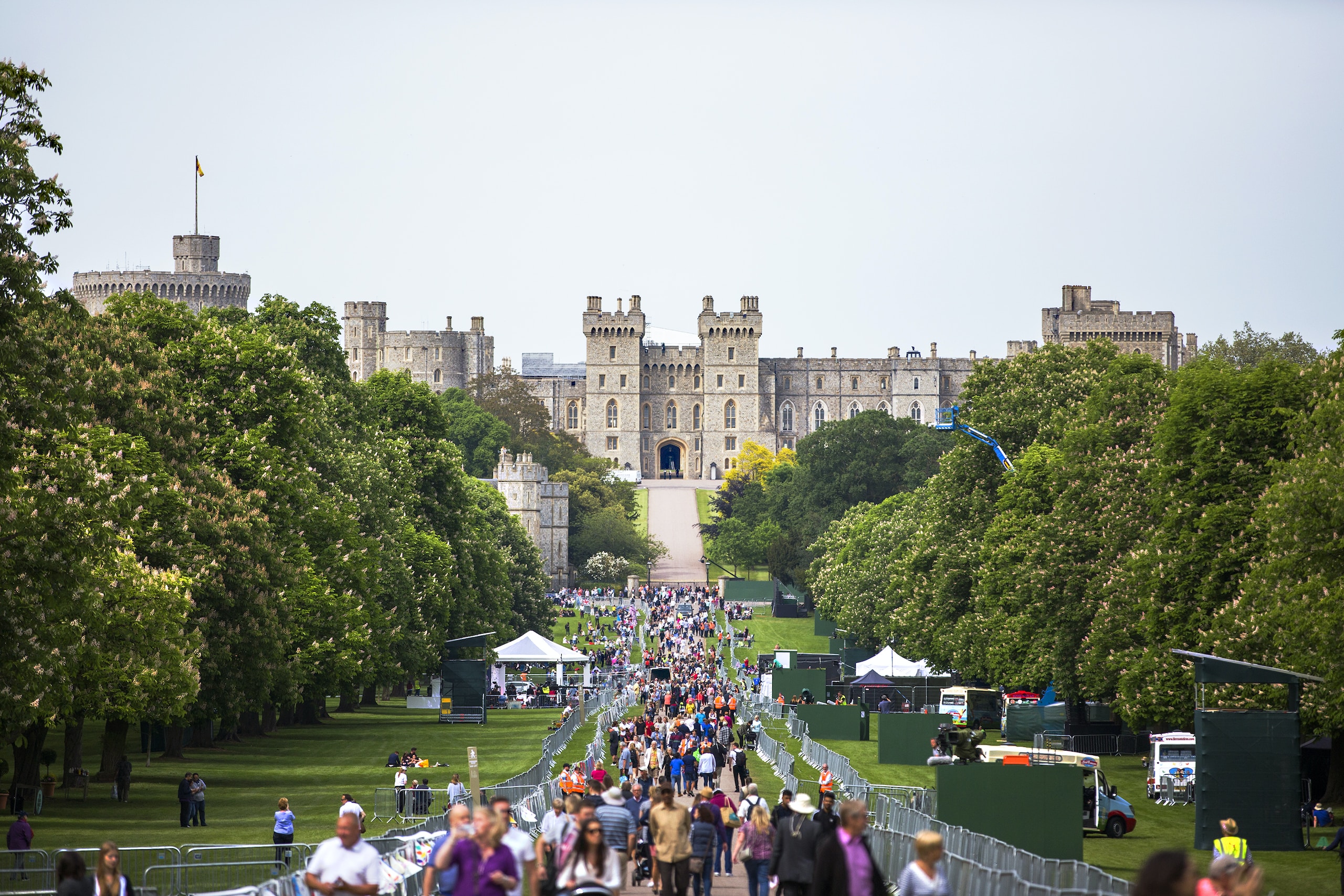 The current English brouhaha over the revelations of the Duchess of Sussex and Prince Harry are undoubtedly personally significant for the people involved – and for all the millions who positively or negatively identify with the fortunes of the royal family; and undoubtedly, despite the Queen’s desire to keep the matter within the family, and the Prime Minister’s desire to keep out of it, the story has political implications as well – there is a discernible political divide between supporters and excoriators of the Duchess; but does it have philosophical implications? And even more to our point, does it have implications for the philosophy of education?

It would be easy to simply sniff and regard ourselves as being above the tribulations of these people, at the same time powerful and domestic. But that would be to ignore the two major elements of the contretemps: the gendered and the racial. And perhaps most significantly, from the educational viewpoint, it would be to ignore the tragic absurdity of the attempts to simply deny that the problem exists: Both the Society of Editors and Prince William, in denying that the existence of racism within their two organisations, have demonstrated the most fundamental aspect of both racism and sexism – a failure to recognise its existence in oneself and one’s own environment. Proctor (2008) calls this kind of failure to recognise the issue ‘agnorance’. Often it is wilful ignorance, a refusal to recognise what might be not in one’s favour, sometimes a defiant refusal to understand, but often it is a total ignorance, a complete inability to see outside the accustomed world, to see how the world might be for other people.

Since Charlemagne struck up his deal with the Pope – which gave a Frankish warlord the endorsement of heaven, and ensured that rebellion carried overtones of blasphemy, monarchs have rejoiced in the extra layer of protection endowed by religiosity or, post-Reformation, in a veneer of righteousness. The righteousness does not have to be lived, of course: the marital history of Charles and Diana, and the stunning career of Prince Andrew, demonstrate exactly how the droit du seigneur can be played out in modern times. It is the women – Elizabeth I, Victoria, Elizabeth II, poor Catherine – who have the task of creating and sustaining this aura of righteousness. The protection afforded Prince Andrew, wanted for questioning by the FBI as a friend of a convicted paedophile, contrasts beautifully with the lack of protection afforded to the Duchess of Sussex. Andrew has not overstepped the boundaries of acceptable behaviour for his family, because his activities can be seen as appropriate for a royal male. Duchess Meghan by contrast – like Diana before her – has endangered the Crown by exposing the hypocrisy of the monarchy’s claims to righteousness, an unforgiveable act for a woman.

What is particularly entertaining – perhaps the wrong word here – is the way in which those accused of racism quickly take on the role of victim. There is no ‘sorry I didn’t realise, how can I be better?’ which for a family who have not had a non-white member since Queen Caroline would probably be an acceptable response. The uncompromising refutations – from the Society of Editors, and Prince William, simply invite the suspicion that they do not see what they do not see. Many other people do, though. However, the role of victim is the powerful one in stories like this, and there is a certain amount of jockeying to hold it. I’m reminded of Nietzsche’s Genealogy of Morals, which shows the ‘weakening’ of the dominant power by the depredations of morality, as formulated by the weaker party. This reproof is Meghan’s gambit. The errors of her account, largely the result of a lack of understanding of rules and constitutional history, and of the courtiers’ failure to teach her adequately, do not undercut the strength of her emotional experience of neglect and humiliation, and even fear. Royal women are not supposed express their emotions publicly: we might say that William tested Duchess Catherine before marriage, to be sure that she would endure disloyalty, neglect and humiliation without complaint. But the victim-gambit is a risky one, since the role can easily be taken on by either party – and it is clear now that those who suffer from accusations of racism are, ironically, perceived as far more pitiable than those who simply experience it.

Families are always dynamic studies in power-shifting and mayhem. None more so than the Royal family which is the nominal ruler of the United Kingdom and much of the Commonwealth group of nations. Prince William, heir to the primary role, evidently goaded beyond the regal policy of ‘never complain, never explain’ to defend his family from the charge of racism so potently laid by Prince Harry and Meghan Duchess of Sussex, declared “We’re very much not a racist family.” (Davies, 2021).

Leaving aside for a minute the question of whether or not they are, the prior question is ‘what family is he referring to?’ Just who is part of this family? Is it for instance the Duchess of Kent, who wore a blackamoor brooch to the Queens lunch at which she met Meghan Markle for the first time? (Hill, 2017). Does this family include or exclude Prince Philip, Duke of Edinburgh who is famous for his racist and sexist ‘gaffes’ (Lowry, 2017)? Is it limited to the Mountbatten-Windsor clan, or does it include the Saxe-Coburg Gotha connections?

Does the ‘family’ include admirers of Adolf Hitler, like Great-uncle, erstwhile Edward VIII? Does the ‘family’ admit Queen Victoria’s children, grandchildren and cousins, who include Wilhem II, Emperor of Germany, who presided over the near-extinction of the Herrero people in Namibia (then called German South West Africa) in the early years of the 20th century, or Leopold II, King of the Belgians, whose excesses in the Belgian Congo in the 19th century were distinguished by their greed and cruelty.

Or does the claim go back further? as, to justify a monarchy by inheritance, it must. In which case the enslaved, indentured and exploited millions of various empires – Belgian, Dutch, German, etc, – have to be heard in relation to any claim of the British Crown to be ‘not-racist’, since much of the rationale and justification for slavery, invasion, and maltreatment of indigenous and diasporic peoples, including those of India, Ireland, and Scotland, was based on notions of racial superiority.

Given that royal British children are usually well educated in constitutional history, some questions arise about how they might possibly think of themselves as ‘not-racist’. One explanation comes from a field of research which looks at ‘agnotology’, the practice of being agnostic with regards to history, in other words, a practice of ignorance. Agnotology however is more than just a practice of wilful individual ignorance: it is ‘underpinned by a combination of ideological, institutional and structural forms of agnosis’ (Stanley & Mihaere, 2018, p. 114). Thought of in this way, as a discourse emanating from an ideological, institutional and structural form of not-knowing, Prince William’s retort makes more sense, even if it remains historically and sociologically inaccurate. It is perfectly possible to study constitutional, even Imperial history, without taking on board the lessons that would challenge a kind of entitled not-knowing.

Teaching history, and observing history teachers has shown me that student resistance to the ‘lessons of history’ can be deep and devious, especially if there is a suspicion – as for instance in the raupatu (confiscated) territories of Aotearoa New Zealand, that family wealth, status, and livelihood might be at stake.

There is a warning here for those who think that the moral lessons inherent in the various histories of our post-colonial or not so post but still colonial countries are so overwhelmingly convincing that the study of history will cure the ills of racism. It may be that we can remove the defence of ignorance, but not the structures of agnorance. To effectively change attitudes history has to be taught in ways that challenge both ignorance and agnorance. The mere recital of misdeeds will – clearly – not do it.

Article Feature Image Acknowledgement: Photo by King's Church International on Unsplash Crowds converging on Windsor to celebrate the Royal Wedding of Prince Harry and Meghan Markle.
We use cookies on our website to give you the most relevant experience by remembering your preferences and repeat visits. By clicking “Accept”, you consent to the use of ALL the cookies.
ACCEPT
Privacy & Cookies Policy