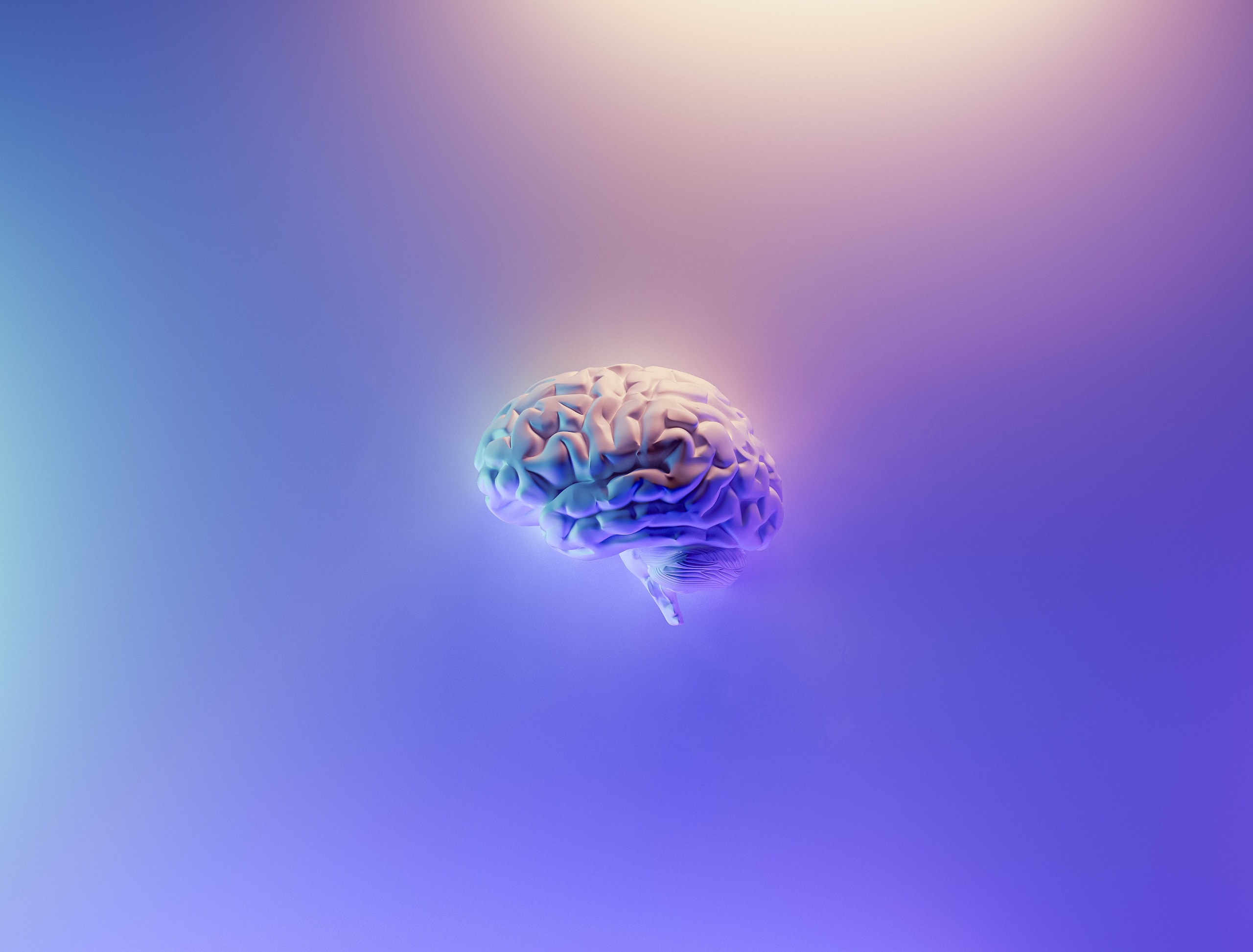 Malabou’s philosophy is centred around the concept ‘plasticity’. In her philosophy, one can discern the contours of a new materialist ontology where change has a vital position. Aside from the obvious relevance for educational thinking – which must concern itself with change in some form – Malabou’s philosophy is a fresh rethinking of form on the grounds of a Hegelian and deconstructive reading of neuroscience. Her philosophy might be called a semiotic materialism in that it sees plasticity both as a semiotic framework and semiotic structure (Hogstad, 2020a; Malabou, 2007), and suggests that the body – represented by the brain – is the seat and author of this framework (Malabou, 2014). The relationship between the material and the symbolic is thus recast as a symbiotic one, establishing form as having an aspect of each. Throughout her authorship she has engaged with this relationship, suggesting that form’s capacity for plasticity might be the feature that allows and provides exchange between them (Malabou, 2020; Malabou, 2008; Malabou, 2011; Malabou, 2012a; Malabou, 2016; Malabou, 2019).

Plasticity can be seen as an ontological principle, organising form’s self-transformational quality – and therefore a reconfiguring of the concept of form itself (Hogstad, 2020b; James, 2012). In Malabou’s terms, ‘form’ is the primary unit of thought, the one indispensable feature of thinking: ‘Form is the metamorphizable but immovable barrier of thought’ (Malabou, 2010, p. 49). This establishes form as an ontological and ontologising feature of thinking, negating any barrier between symbolic and material forms. Crossing what has previously been thought as the boundary between body and mind, the symbolic and material come together for instance when the material and neurological makeup of a brain changes as a person learns something (Malabou, 2008).

Malabou’s inspiration from neuroplasticity has been there since her first book The Future of Hegel. There, she mentions that plasticity is a common concept in neuroscience and immunology. In biology, plasticity refers to the mutability and exchange taking place between cells and their environment. For instance, when someone learns to play the saxophone, certain synaptic structures in the brain, as well as muscles in the face and fingers are reinforced. Another example would be when the immune system encounters an infection and develops its defence against that infection in the future (Malabou, 2005, p. 192).

As a philosophical concept, plasticity can perhaps be called a ‘material concept’, seeing form as having a material and symbolic aspect. It organises form’s capacity to take on shape from its outside, while simultaneously resisting and providing shape. And it stems, at least chronologically, from Malabou’s discovery of the concept in Hegel, and the effort of turning it into a lens through which his philosophy can be read. Malabou’s intent is to present Hegel as a thinker of and for the future, i.e. a thinker who thinks the future and whose thinking has a future in itself (Malabou, 2005). While Malabou proves to be eclectic when selecting her philosophical interlocutors, her recurring engagements with Hegel, but also Derrida, Heidegger, and Freud, are important inspirations for her reconfigured theory of form (Malabou, 2010), and so is her engagement with biology (Malabou, 2016).

To ‘form a concept’ in the sense intended here means first of all to take up a concept (plasticity), which has a defined and delimited role in the philosophy of Hegel, only in order to transform it into the sort of comprehensive concept that can ‘grasp’ (saisir) the whole. Here the double sense of grasp as ‘seizing’ (prendre) and ‘understanding’ (comprendre) is authorized by the etymology of the word ‘concept’. Transforming plasticity into a concept is a matter of showing that plasticity ‘seizes’ (prend) the philosophy of Hegel and allows the reader to ‘comprehend’ it, appearing at one and the same time as a structure and as a condition of intelligibility (Malabou, 2005, p. 5).

Plasticity, once formed, is in other words a certain type of hermeneutic concept. It is a part of Hegel’s philosophy, reconfigured so as to grasp the whole, amounting then to both a structure of intelligibility – that is, a certain way of (re)presenting Hegel’s philosophy, and a condition of intelligibility – or a way of construing the process of understanding altogether. In this sense, the concept explains the object or form, but also how we understand or think the object or form. Plasticity as a concept is in this sense a redoubled hermeneutic, capable of explaining the object under scrutiny but also itself as a process.

Malabou emphasises this by adding:

to form a concept means to take an instance with the power of giving form to whatever it grasps, and then to elaborate (élaborer) it. Hegel repeatedly insists on this feature of the concept: although it is a logical form, the concept must not be considered like an empty receptacle, rather as a power that can fashion its own content (Malabou, 2005, p. 5).

Plasticity as a concept, then – at the risk of sounding convoluted – is a concept that itself gives form to a particular form of understanding form, and of understanding understanding altogether. In other words, plasticity as a concept reconfigures form as something which is graspable by thinking, but at the same time undergoes constant evolution. It is constantly evolving because it has the power to change itself or to ‘fashion its own content’, meaning that both what form is and how form is thought undergo continual transformation. The conception of form changes, as does the conception of the thinking of form, and it does so by three main powers: the reception of form, the donation of form, and the explosion of form (Malabou, 2005).

These three powers represent the balance between form as a self-forming instance, as a receptor of outside pressures, and the power that the form has to eliminate all form, to self-destruct, so to speak. The focus on form’s capacity for change amounts to a shift in how form is construed. For Malabou, the primary difference is not between forms like it is for Heidegger or Derrida, but rather form’s difference from itself through time (Malabou, 2005; Malabou, 2012b).

The perhaps most salient point of Malabou’s thinking is the linkage of the above plastic hermeneutic to neurology. Neurological plasticity was already ‘in the air’ (see Malabou, 2007, p. 436) when Malabou first elaborated her concept of plasticity (Malabou, 2005, p. 192), but her thinking first took a ‘neurological turn’ at the writing of What Should We Do With Our Brain? (2008). Since then, or perhaps it was always already the case (Malabou, 2010), Malabou’s works have centred around questions of the relationship between the material – the body – and thinking.

The articles in this special issue

Anna Kouppanou’s article examines Catherine Malabou’s reading of Heidegger. Kouppanou’s focus is on the way Malabou approaches change and the plasticity of meaning, ultimately examining ways of reconfiguring the notion of childhood.

Benhur Oral’s article comments that our conception of ‘the human’ is continually mutable, establishing the questions of the ‘inhuman’, ‘posthuman’, and ‘nonhuman’ as central in the analysis of what it means to be a subject. Drawing on the work of the Slovenian School of Psychoanalysis, Timothy Morton, and recent insights from the neurosciences, robotics, biogenetics and AI, Oral argues that ‘plasticity’ lets us get to the core of the questions around ‘the human’.

Nick Peim’s article sees Malabou’s thinking as a development of the ontological turn in continental philosophy. Putting this insight alongside an account of modern education as the apotheosis of biopower, it challenges the dominant assumption that education is ultimately a force for good. Peim argues that Malabou’s contribution, which is not often seen in philosophy of education, is significant in clearing away the dominant, redemptive myths of modern and contemporary ontotheology.

In my own contribution, I argue against the notion that Bildung has lost its critical potential. This notion rests on a particular configuration of Foucault’s concept ‘bio-power’, envisioning Bildung as integral to modern education and therefore unable to provide critique. I suggest that Malabou’s reconfiguration of bio-power as an ‘epigenetic’ type of power rejects the apparent sovereignty of bio-power and opens up for a non-sovereign formulation of Bildung.

Now, let the articles speak for themselves.

Malabou, C. (2008). What should we do with our brain? Fordham University Press.[Google Scholar]

Malabou, C. (2012a). Ontology of the accident: An essay on destructive plasticity. Polity.[Google Scholar]