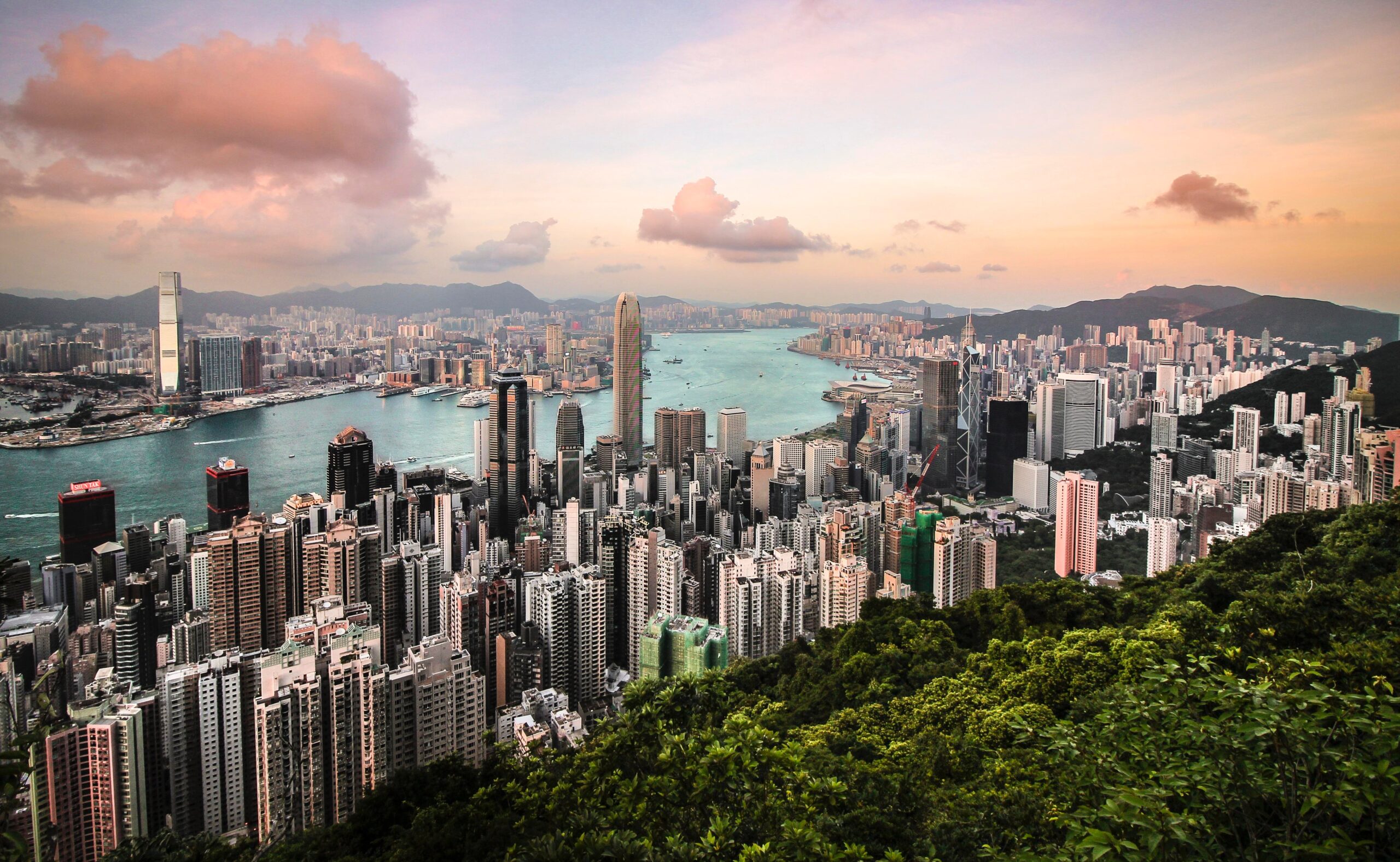 In a context of increased tension between the United States and China, an ideological bomb was thrown by Trump at the ordinary people – students and scholars – of China, Hong Kong, and the United States. The Fulbright programme, which has funded more than 318,000 international exchange awards to people from over 160 countries since its establishment in 1946, was forced by presidential order to block scholarships to people in China and Hong Kong from July 2020 onward. While there has been an outcry from the public and academia all around the world, for me, this is particularly troubling as it reminds me of national and racial essentialism concerning my Chinese roots – the main topic of the Fulbright scholarship I was awarded, that has now been cancelled, to study in Harvard next year.

Although I was born and raised in China, I have always struggled with what it means to be Chinese. As I grew up, I found that when I was true to myself, I did not always fit into society. On some occasions, people have questioned whether I was ‘really’ Chinese. I always assumed, as I had been taught in school, that Chinese people were a homogenous group, with a single common experience and characteristics … until I picked up a book about multiculturalism while studying at Seoul National University in South Korea. As I spent more time living outside Mainland China, travelling, attending conferences, and pursuing higher education, I started to question the shared identity of Chinese people. I focus in my doctoral research on exploring the diversity of Chinese people, what it is to be Chinese in different contexts, and how social constructions and expectations about Chinese identity influence ethnic Chinese people’s experiences, around the world, in daily life.

Studying in Hong Kong, where Chinese identity is a controversial topic, I found the perspectives of Chinese diaspora and identity politics particularly interesting and useful. As a Special Administrative Region of China, Hong Kong is influenced by waves of US-China relations. Yet of these communities, my first-hand experience with the United States has been limited. This motivated me to apply for the Fulbright programme to visit the United States, a multicultural society where diverse people coexist. During my 10-months’ stay at Harvard, I planned to examine the struggles of people of the Chinese diaspora in the United States and the perceptions of non-Chinese people towards them. Being awarded the Fulbright scholarship serves as a significant recognition of my passion, and provides timely financial support for my research. By studying in the United States, I also hoped my research could become more beneficial to ethnic Chinese and non-ethnic Chinese people in the United States, as well as in China, Hong Kong, and other contexts.

‘Once you are born as an ethnic Chinese, many people will treat you as Chinese forever.’ I wrote down this sentence several months ago, but I doubted its applicability in the ‘open’ and ‘multicultural’ world, where people are encouraged to hold multiple identities, and transcend the identities ascribed to them before their free choice. However, the termination of my Fulbright programme overnight, due to my Chinese roots, confirms this sentence is true, in the United States as it is in China. Trump’s presidential order to cancel Fulbright awards for scholars in China and Hong Kong reconfirms this basic message, that for ethnic Chinese people their identities, and what they mean to and for them as individual persons, are not a matter of choice.

This message also resonates, in no small degree, with the feelings of ethnic Chinese people in Hong Kong now. Many of them feel abandoned by both China and the U.S. People here have been struggling for decades to demonstrate that Hong Kong is unique in many aspects and not simply ‘another city in China,’ while the term ‘Hong Kong people’ is not equivalent to ‘Mainland Chinese people.’ These attempts now come to an end with a simple sentence stated by Trump in his President’s Executive Order on Hong Kong Normalization: ‘The Special Administrative Region of Hong Kong (Hong Kong) is no longer sufficiently autonomous to justify differential treatment in relation to the People’s Republic of China.’

Living in Hong Kong, where ‘East meets West,’ I see people trying to preserve a local identity which combines East and West components. However, now they see that these attempts are not globally valued. People in China tend to treat Hong Kong people as betrayers who don’t recognize their mother. People in the West (i.e., the U.S) also increasingly see Hong Kong people simply as ‘Chinese people,’ who do not deserve recognition – but actually the opposite: discrimination, in the case of Fulbright cancellations, due to being Chinese.

‘East meets West’ was supposed to benefit Hong Kong, with a hope that the East can go hand-in-hand with the West to help the society flourish. Now it seems East and West do go hand in hand, but in a bad way: to sandwich Hong Kong, and force its people to choose between East and West (e.g., immigrate to Western countries). For most people in Hong Kong, who can’t immigrate, this situation is hopeless. As long as they hold Chinese or Hong Kong citizenship, no matter whether they like it or not, they face challenging consequences and have little to no say. Worse, in the foreseeable future, there is no way out.

The termination of the Fulbright programme in China and Hong Kong overlooks the differences between the government and its people. Holding citizenship is not a person’s free choice, but a decision made by others at the moment of a person’s birth. Holding particular citizenship does not mean that a person supports their particular government. Denying opportunities, financial support, and recognition because of citizenship reflects an oversimplified understanding of human beings. A person is not a fixed combination of political ideology, religious belief, education background, etc., but a unique individual, with potential to transcend these and other external and ideological boundaries. Recognizing this potential and building bridges to realize it is one of the founding ideas of the Fulbright programme. By providing an opportunity for people from different countries to meet in person, talk and listen to each other, and learn to cope with differences, the programme opens a door for countries to cooperate and establish cross-national understanding. Meanwhile, it opens a door for individuals who possess biases and prejudices to establish friendships and emotional connections through interpersonal contact and exchange. It is the connections and friendships developed from shared experiences and memories that make people in the United States, China and Hong Kong transcend boundaries, connect, and learn to care for each other. It is hard to imagine a way to break down walls and build bridges if people in different countries are officially discouraged to meet in person.

It is hard to imagine a way to break down walls and build bridges if people in different countries are officially discouraged to meet in person. Ironically, although some political leaders claim that this termination is an ideological war between the liberal world and the Communist world, the targeted groups are the people who embrace liberal ideas, or at least do not think they are bad. In this case, instead of fighting its enemies, the ‘liberal world’ is pushing its friends and the people who show empathy to it back.

The end of the Fulbright programme in China and Hong Kong thus confirms my other worry: that noble principles (e.g., autonomy, freedom, and human rights) can be called upon rather to trample values of good will and humanity. In this process, what matters is the triumph of debates and ideologies, and the winners are abstract ideas and politicians who want to win elections. In June 2020, the Standing Committee of the National People’s Congress of the People’s Republic of China enacted the Hong Kong national security law. By way of response, Trump adds further restrictions on the people of Hong Kong by denying their opportunity and equal treatment with people of over 160 partner countries worldwide. Although Trump justifies this decision by saying it is a response to the Chinese government, to implement an action that further violates the rights and capabilities of Hong Kong people is hypocritical and hardly protective. In this situation, ordinary people are being used as bargaining chips of the United States and China, who have no say in these decisions, yet have to pay the price. Thus, ending the Fulbright programme in China and Hong Kong is not a punishment for the Chinese government. Instead, it is students and scholars who bear the consequences. As the programme aims to fund research and exchange for the benefit of humanity as a whole, its cancellation does not just destroy the dreams of people like myself, but also segregates people more generally, as reflection and cause of cross-national anger.

So far, it’s just the beginning since the termination of the Fulbright programme in China and Hong Kong was announced. Its long-term effects on cultural exchange and cross-national understanding are waiting to be judged by history and the next generations. The short-term effects for ordinary people involved, however, have already caused more suffering than benefit (if any). Human rights, justice, and freedom, no doubt, are crucial principles that deserve respect and protection while requiring global cooperation. Efforts to achieve the principles, however, should not result in denying common humanity. These principles were meant to include all people, yet now they are applied based and limited based on nationality. Poor US-China relations should not be an excuse for denying global humanity. Instead, the best way to demonstrate that the US is a guardian and pioneer in protecting humanity is by applying it equally to everyone, rather than denying it and promoting discrimination.

Full Citation Information:
Lin, C. (2020). Protect humanity by denying it? Reflections on my cancelled Fulbright scholarship. PESA Agora. https://pesaagora.com/ideas/protect-humanity-by-denying-it/
Republish this Article
Ideas are Open Access, freely available for readers to download and copy with proper attribution with a CC – BY – ND licence 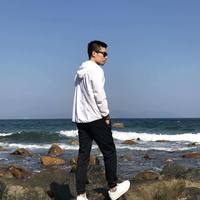 Cong Lin (Jason) is a PhD candidate at the Unit of Social Contexts and Policies of Education, The University of Hong Kong. He is also a Fulbright Scholar at Harvard University. His research interests include philosophy of education, multiculturalism and multicultural education, identity, and citizenship and civic education.