Bloomsbury Introductions to World Philosophies delivers primers reflecting exciting new developments in the trajectory of world philosophies. Instead of privileging a single philosophical approach as the basis of comparison, the series provides a platform for diverse philosophical perspectives to accommodate the different dimensions of cross-cultural philosophizing. While introducing thinkers, texts and themes emanating from different world philosophies, each book, in an imaginative and path-breaking way, makes clear how it departs from a conventional treatment of the subject matter.

Here is a flyer for the first 4 books in the series.

Daya Krishna and Twentieth-Century Indian Philosophy is an introduction to the work of one of the most significant Indian philosophers of the 20th century. 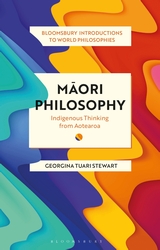 A Practical Guide to World Philosophies is a teaching guide for instructors looking to broaden their view of philosophy, diversify their teaching or discover a new way of thinking about our place in the world.