This first volume in the Beijing Normal University International Education Series celebrates the centennial of Dewey’s visit to China (1919–1921). 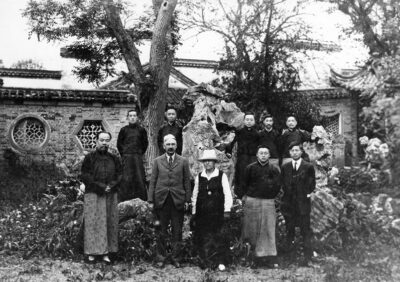 Reflecting on the history of Dewey’s visit is critical to understanding China’s modernization and to reevaluating the early efforts of the radical intellectuals in the May Fourth Movement (1919), some of whom were Dewey’s students at Columbia University. In the study, the authors critically reflect on the China-US relationship for our contemporary world. The historical, philosophical and comparative perspectives applied in this book may shed light on current conflicts.

Dewey’s thoughts were well-received by different scholars but also misperceived or misinterpreted in different historical periods. This project tries to understand the challenges of both cultures (Chinese and Western) by using this historical episode as a distant mirror to better perceive and understand the present.

By reviewing this historical event, the authors also find new space to reinterpret Eastern philosophies such as Confucianism and Buddhism. They find that there are some surprising commonalities shared by Confucianism, Buddhism, and Deweyan pragmatism that provide possibilities for seeking a more inclusive conceptual framework for education in the West as well as the East.

Huajun Zhang is Associate Professor at the Faculty of Education, Beijing Normal University (website). She has published books and articles on philosophy of education and teacher education, both in English and Chinese.

Jim Garrison is Professor of Philosophy of Education at Virginia Tech University (website). He specialises in the study of pragmatism, especially the pragmatism of John Dewey.