In this talk, Fazal Rizvi provides a personal narrative of how as a young student of non-English speaking background he was attracted to Philosophy of Education, seeking in its practices an understanding of his cultural dislocation as an immigrant from India to Australia. While trained at the highest level in Analytical Philosophy, Fazal explains why he later became disillusioned with it, recognizing its ethno-centrism, convinced that its ahistorical and apolitical nature undermined education’s ethical potential in a culturally diverse society. Fazal argues however that while he no longer regards himself as a Philosopher of Education, his analytical training has left an indelible mark on the ways in which he approaches analyses of educational policy and practice, as well as issues of identity and culture in transnational and transcultural contexts. 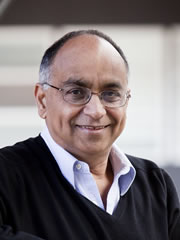 Fazal Rizvi is Professor Emeriti at the University of Melbourne, and the University of Illinois at Urbana-Champaign. He has written extensively on issues of identity and culture in transnational contexts, globalization and education policy and Australia-Asia relations, including Globalizing Education Policy (with Bob Lingard, 2010), and Transnational Perspectives on Democracy, Citizenship, Human Rights and Peace Education (Bloomsbury 2019). Fazal is former Editor, Discourse: Studies in Cultural Politics of Education, past President of the Australian Association of Research in Education, and a Fellow of the Australian Academy of the Social Sciences.