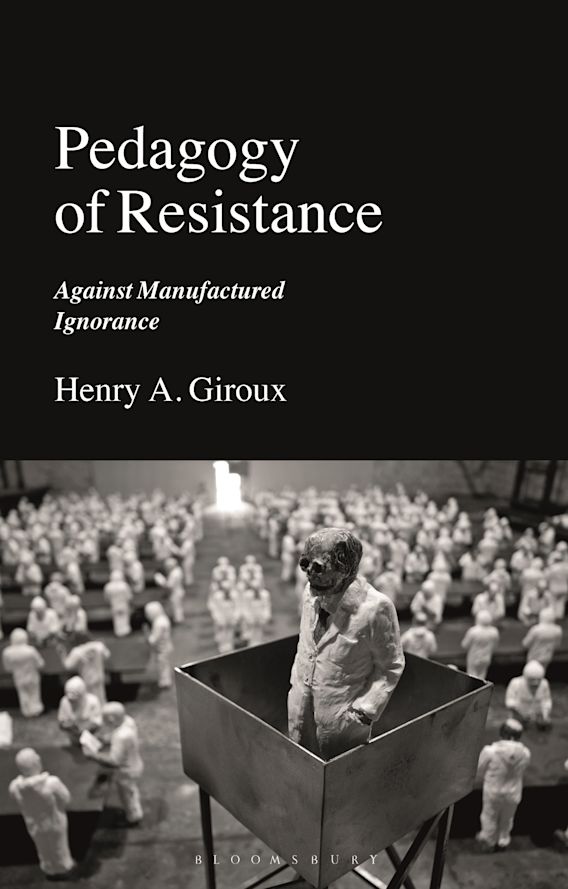 (Republished with the permission of the author and the Seminary Co-op.)

The author shared this reading list of works that informed his latest book, Pedagogy of Resistance: Against Manufactured Ignorance, published by Bloomsbury last month.

In the post-Trump era, the politics of historical amnesia, disappearance and disposability continue to thrive. Trump may have lost the election in 2020, but his influence is everywhere, and one consequence is that public values are continually denigrated and undermined by the politicians who slavishly endorse his malignant politics and authoritarian worldview. The ghosts of a fascist past are with us once again and can no longer be ignored. The ghosts of a fascist past are with us once again and can no longer be ignored. Such fascist passions, increasingly less difficult to determine, slowly reveal the most monstrous, brutal, and devastating features and effects. The violent traces of the past tear into the present, mapping the accumulation of disasters which layer history. History is under attack and is no longer valued for the lessons to be learned about a past wrought with both the burdens of human misery and the collective courage of mass resistance. Dangerous memories at the heart of a historical consciousness – that extend from the extermination of Native Americans and the horrors of slavery to the ravages of unchecked capitalism, the ongoing wars on undocumented immigrants, and the police violence disproportionately aimed at Black people – increasingly disappear from those sites that are guardians of historical memory – schools, libraries, social media – particularly under the policies of the memory police who lead the Republican Party. Pedagogy of Resistance argues that it is not enough for historical memory to be merely stated or acknowledged. It needs to be imaginative and equipped with a restive defiance in the face of those forces that continue to annihilate humanity while undermining the collective courage needed to reveal the truth, question authority, and fight for social, racial and economic justice.

Pedagogy of Resistance draws upon a vast number of resources to make clear that cultural politics is increasingly marked by a pedagogy of disappearance waged through book burnings, unchecked censorship, the elevation of hate over shared compassion, and a growing violence waged against the oppositional press. The politics of disappearance with its collapse of collective conscience is a prison with and without cells; it is the pit where the dead bodies of journalists and poets are buried; books are destroyed or erased; it is terror exhibited by the police who come in the night to arrest dissidents; it is the deep grammar of a social system at war with democracy.

Yet, the ghosts of resistance are far from absent. They wait and work to make memory come alive. Despair does more than destroy dreams; it also holds the promise of a revolution in shared values, consciousness, the meaning of social agency, and the promise of mass resistance. This is evident by the fact that a pedagogy of resistance has emerged, particularly among young people, those considered disposable, and artists who fight against learned helplessness in order to hold power accountable and to give voice to the dead, whose presence is a reminder that one can never look away in the face of barbarism. Such resistance now moves in the menacing shadows of the present and serves as an early warning system for illuminating the darkest moments of history. Humankind is in the midst of a crisis in which it is crucial for individuals to critically engage and resist the pandemics of injustice that undermine the capacities for critical thought, dialectical thinking, and the desire for a democratic alternative to neoliberal capitalism.

At the core of the Pedagogy of Resistance is the reminder that education is central to politics and that no democracy can exist without informed citizens. It is a call for those who believe that history is open and that it is necessary for people to think otherwise to act otherwise, especially if we want to imagine and bring into being alternative democratic futures and horizons of possibility. At stake here is the need to develop a vision infused with a mix of justice, hope, and struggle, a task in the age of pandemics that has never been more important than it is today. Moreover, in the face of the emerging tyranny and fascist politics that are spreading across the globe, it is time to merge a sense of moral outrage with a sense of civic courage and collective action. At the very least, education is a central part of politics because it provides the foundation for those of us who believe that democracy is a site of struggle, which can only be encountered through an awareness of both its fragility and necessity.

Pivotal to this struggle is the necessity to rethink and relearn the role that critical education and civic literacy have and can play in producing a collective anti-capitalist consciousness. A central theme in Pedagogy of Resistance is that there is no democracy without an educated public, and there is no educated public without the support and existence of institutions that define education as a public good and as a crucial public sphere. Educators, artists, intellectuals, and other cultural workers have a moral and political responsibility to put into place those pedagogical sites and practices that enable the critical agents and social movements willing to refuse to equate capitalism and democracy and uphold the conviction that the problems of ecological destruction, mass poverty, militarism, systemic racism, staggering economic inequality, the carceral state, and a host of other social problems cannot be solved by leaving capitalism in place. Education in its multiple sites and expressions once again must do justice to democracy and the conditions that make it possible by writing the future in the language of struggle, hope, equality, compassion, and the fundamental narratives of freedom and equality.

Scorched Earth: Beyond the Digital Age to a Post-Capitalist World (Verso, 2022)
Jonathan Crary 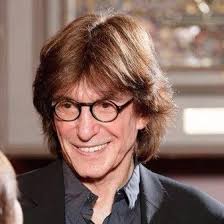 Henry A. Giroux is Professor of English and Cultural Studies at McMaster University, Canada. Henry is one of the founding theorists of critical pedagogy in the United States, and has written extensively on public pedagogy, cultural studies, youth studies, higher education, media studies, and critical theory, winning many awards. His interviews on neoliberalism appear in Truthout.  Henry is past co-Editor-in-chief of the Review of Education, Pedagogy and Cultural Studies.  In 2002 Routledge named him as one of the top fifty educational thinkers of the modern period.