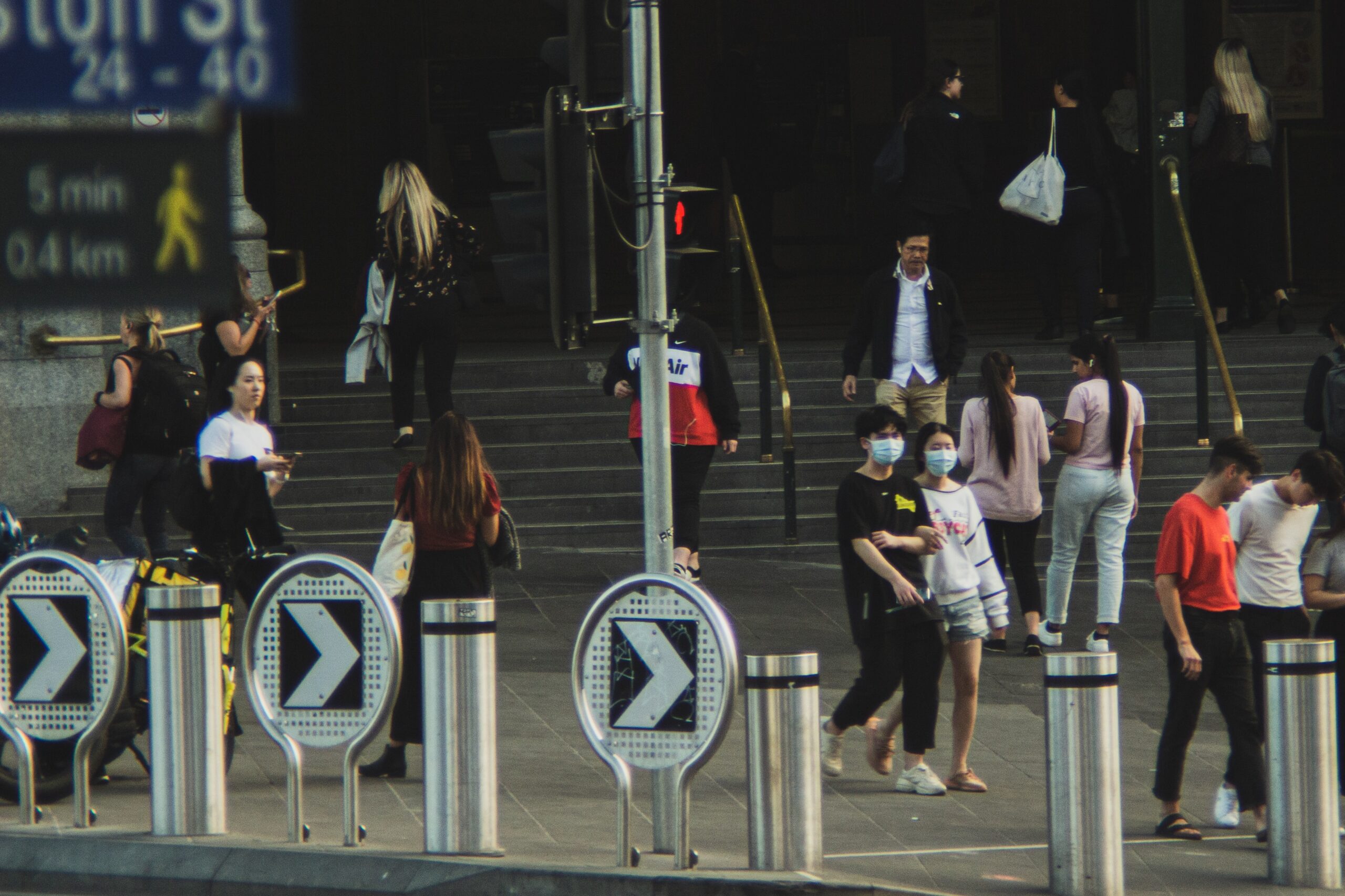 Macbeth and Melbourne have much in common. It’s been a tough few months in this city of about five million possible COVID-19 cases. Locked down with a curfew (8 pm-5 pm), a 5km travel zone from your home, only ‘virtual’ schooling, and blacked out retail (except for take-away food, supermarkets and pharmacies, and banks), we are only now looking to some relief from the ‘petty pace’ of daily sameness and suburban silence. We are allowed out of the home for two hours of public exercise per day (with masks), and we mainly cannot have visitors to our homes.

Perhaps Christmas will look more normal. But, as we are all well aware, around the world, there will be a ‘new normal,’ post-pandemic. In this Column for PESA Agora, I want to set out two features of this ‘new normal’ as they seem to be emerging under lockdown, and then show how the notion of ‘complexity’ helps philosophers understand these.

Some brief context first. Melbourne is the capital of the Australian state of Victoria. Whilst the rest of Australia emerged well from the first wave of the virus, in mid-2020, and remained largely virus-free, Victoria was hit by a second wave, caused by poor hotel quarantining of international arrivals, in city hotels. The political repercussions of this for the incumbent Labor government are playing out as I write.

We are all practising social distancing (such as maintaining gaps of 1.5 metres between individuals) and public hygiene (using sanitiser often) and wearing face masks whenever out in public. These common daily constraints force upon us consideration of ‘group-mindedness’ – where am I at any point in the day and with whom? And with how many? Such constraints force simple behavioural changes, backed up by smartphones equipped to assist ‘contact tracing,’ and these collectively have, to this philosopher, opened up agency in ways that could not have been specified pre-lockdown.

In brief, agency has moved away from the traditional Western notion where it was exclusively enshrined in the individualistic Self. Instead, we now see daily, public evidence of the agency of the group. Populations of supermarkets and public parks are fluid crowdings of individuals. Because these crowds are ‘on the move’ and we know our exposures to each other are temporary, we have developed the expectation that we each and all should participate in a ‘new normal’ way of socialising in public. That is, we expect that the groups of which we are even temporarily members (when, for example, shopping), will ‘have a mind’ for common, public health, from which a consequence is a mindfulness of our private individual health. Acting alone, that is, individualistically, will not be well-regarded in the time of emergence from the COVID-19 pandemic, which could itself continue for several years, especially if no vaccine is found. Individualistic freedoms, aggressively pursued by some few Melbournians, ‘conspiracy’ theorists and libertarians according to the mass media, thus threaten or provoke the ‘emergence’ of worse health outcomes, than the first wave of infection produced.

By contrast, in the ubiquitous, daily round of human experience, acting less individualistically, that is, in a group-minded way, carries the shared expectation that learning this ‘group-mindedness’ is a public-regarding norm.

Second Emerging Feature: How the Workplace is Evolving

As Melbourne’s central business district emptied, and as the COVID-19 virus aggressively forced workers in main industries to relocate to WFH (Working From Home), two aspects of working and careers have been thrown into great prominence: gender and technology. Women, and many men, who are parents, found their ‘worker’ selves entwined with parental responsibilities (since schools and childcare had also closed). Even with the provision of online learning by schools and teachers, for their students, this ‘homeschool’ day still fitted within the hours of the traditional ‘office’ workday. Men and women have probably experienced these entwined WFH responsibilities differently. Some evidence is that men have worked on a desk in the seclusion of the front room of the home, whilst women, even in the same household, have grabbed a corner of the kitchen bench or table, and continued domestic chores and caregiving such as homeschooling. If so, the overlapping expectations of time and space have increased pressures principally on women as WFH and ‘homeschooling’ and domestic chores, each intensified, as lockdown-type life continued.

Simultaneously, information technology, and social media, rose to the new expectations: online meetings with (e.g.) Zoom peppered the working day, but the working day was no longer constrained by the traditional 9-5 pm lived experience in a building in the central business district. Just as ‘space’ had changed from a street and a building to a chair and a table (or a bench space), so had the measure of workplace ‘time.’ These new relationships were experienced on a daily, and intimate, basis. Instead of several hours a week given to a public transport commute into the traditional workplace, along with the heavily gendered traditional expectations of the ‘corporate look,’ women, in particular, found themselves with a more fluid, but no less intense, workplace.

How groups and (quite often) teams are experienced in a WFH environment raises substantial questions for the qualities of interactions that rely on screens and audio. Being (and the ‘being’ in the sense of having an identity) when ‘present’ or connected online does not establish a fully present personal identity. What is lost, in, say, a Zoom meeting, is the intimate and spontaneous interaction that lightens the moment, that sparks a quizzical perspective, or that makes a practical judgement easier to crystallise. This quality of engagement, ubiquitous in the traditional building, as a site of meetings and informal conversations, is absent online.

However, embodied experiences in the ‘normal’ flow of workplace life are starkly absent in the ‘new normal.’ Spontaneous human inter-action has shrunk, as WFH and its overlapping responsibilities as a parent, as well as a worker, have emerged. Conversations within and between the technology-driven provision of meetings via Zoom may not provoke the agency of traditional workplaces (where, during a ‘water cooler’ or lunch-room chat, colleagues could just promise to follow up on something). Yet, when a Zoom screen is filled with equal-sized WFH camera-ready participants, an opportunity for distributed learning, shared decisions and agreed outcomes to advance, say, a project, seems to be presented. This opportunity is for learning which is beyond the learning of any single individual when acting alone and is interaction-based. In fact, the technology makes this interaction both inclusive and feasible. Distractions such as a long commute, a ‘corporate look’ and even assumptions about ‘disability’ and ‘expertise’ are challenged.

Overall, there is a new type of ‘planned spontaneity’ about this new WFH workplace. What can emerge cannot often be specified in advance – the group captured together on Zoom for those few minutes or hours could be genuinely innovative, since few of the old hierarchical assumptions carry over unchanged to this new mode of work.

What do these two features of life under lockdown have in common? Instead of the traditional Western story of individualistic learning and agency, the ‘new normal’ will give prominence to learning and agency that arises from group activities. It will look like this:

Daily public life has changed. Interactions in and between groups right across each day and night will focus on shared sensitivity to maintaining a ‘new normal.’ The Melbourne lockdown shows us that learning, over and above any individual’s learning, resides in the social sphere. Every time we leave home, we must be mindful of others, as we don our masks, and keep our distances. We are all in this, together, cliché though that phrase has already become. In WFH, new technology and new perceptions – even images – of group members and the quality of their participation strongly indicates that learning is distributed amongst the group. Gender and minorities’ dynamics are up for re-negotiation, as a result of this distributional learning.

Not just Melbourne, but the entire planet is grappling with COVID-19 as a unique, malignant phenomenon. Whilst anti-viral vaccines in the past have been found and some trialling done, this pandemic only partially builds on previous epidemiological knowledge. With the COVID-19 case, we do not know what will yet emerge as a medical solution. What has already emerged are novel interactions in new sorts of workplaces, where WFH and the nation of an image of a person, rather than a fully embodied person, is your workplace colleague – and, indeed, is how you are perceived.

We simply do not know how these new socially-sensitive daily interactions will pan out – whether, for example, public hygiene will become a more rigorous ‘new normal’ form of socialising (the handshake is dead, perhaps). Perhaps WFH will re-write the learning that managers need for successful leadership in the future, from a model of facilitation and capacity-building, in the traditional workplace, to one more of an orchestration of productivity, with the manager as the conductor of many groups and sub-groups and their interactions. Looking for relational strengths (not so much individuals’ strengths) could be the future of managers, and indeed of all participants in groups – more of ‘us,’ less of ‘me.’

General complexity claims that the learning of groups is achieved in its own right (not as the simple aggregation or sum of the learning of the individuals who participate). This is displayed in our COVID-19 examples: on the streets, groups (say, in restaurants) of members of the ‘public’ will need to know how to enact in that very context, and how to deal with daily practicalities, such as over-crowding, as a group. Some agility will be required, both there, and also in WFH environments, as shown in an overt reliance on practical judgements that ‘disembodied’ groups make about their situations (‘what to do now?,’ ‘what to do next?’). These judgements cannot be reduced to the learnings that the participants acquire since they emerge from interactions with others.

Daily life in Melbourne includes many sites where the search for a vaccine for COVID-19 is unfolding. Bio-scientific expertise is found in how the groups (and eventually in the networks and partnerships) relate to each other in the regular work of exploration and development that they undertake. Daily decisions and practical judgements about the way to go on are found amongst the interactions of experts from and between ‘relatable’ (similar but distinct) workplaces. This ‘relating’ continues, in ‘next level up’ decisions and judgements. Throughout, there is a commonly shared pursuit of a vaccine needed to address human misery. No single group owns this quest.

These five features of life, work and learning in the ‘new normal’ reflect complexity theory. As Paul Hager and I have recently claimed, ‘complexity’ is a notion first given prominence in the physical sciences, but now also helpful in the social sciences, especially in education. This is a powerful conceptual innovation that helps us make sense of life after lockdown, in Melbourne – and around the world.

David Beckett is an independent scholar and until 2017 was a Professor of Education at The University of Melbourne.

Any cookies that may not be particularly necessary for the website to function and is used specifically to collect user personal data via analytics, ads, other embedded contents are termed as non-necessary cookies. It is mandatory to procure user consent prior to running these cookies on your website.