What it means to be a knower together with the social practices through which we come to know are irreducibly complex ethical concepts. Extant analyses of epistemic injustice typically hinge on the ethical dimensions underpinning two of our basic epistemic practices, those being, conveying knowledge to others and making sense of our own social experiences. Few could argue exchanges at the centre of the acquisition, generation, sharing and auditing of knowledge constitute value-laden processes. After all, there is no epistemology without ontology. Too often cognisers/knowers are sacrificed in service of sterilised knowledge –  knowledge immune to the pathogens embedded in salient agential particularist features, interdependently-calibrated zetetic principles, and novel epistemic environments.

Predictably then, there are times when educators might fail to live up to their moral-epistemic obligations. Time-impoverished environments and outcome-driven internalised cultures lead us to sometimes fall short. We fail to account for and exercise due care in relation to the epistemic vulnerabilities of our students. Where there are human beings trying to sincerely figure out what to accept or believe or do or perform, there is potential for wrong-doing. And since normatively-calibrated established etiquettes for interdependent inquiry are still at gestational stage, we still have much to learn about avoiding harms in co-dependent epistemic settings.

This special issue attempts to address this lacuna. Though there has been some work in the area of epistemic injustice in education, the topic remains relatively under-explored in educational philosophy and theory. Educators are not perfect. We make mistakes. We are less than we ought to be at times. We might interrupt, distort, quieten or smother the testimony of people in our classes. Entrenched sage on the stage habits might conceivably render us less than virtuous listeners. We might, consciously or otherwise, assign undue credibility excesses or deficits to students based on pre-existing prejudices. Depending on the context in which we wrong and/or harm students, these might be fleeting or more permanent. Either way, they matter. If we take our epistemic duty of care seriously, we must become better moral-epistemic practitioners, better human beings.

As I have elsewhere argued, when you are harmed in your capacity as a knower, you are not treated as fully human. Not being taken seriously, not being recognised as a testifier, is a form of dehumanisation. It can damage agents, not only in their standing as knowers, but also as human beings. Likewise, not being listened to or believed eats away at a person from the inside-out. This can lead to marginalization and impaired agency. It can cause crippling and incessant doubt, entrenched feelings of negative self-worth, and move agents to distrust the significance and evidential weight of their lived experience, to doubt the worthiness of their beliefs or claims to knowledge. Depending on the particulars of the situation, it can suppress one’s voice and interpretative capacities, and by extension, one’s standing within collective meaning-making and meaning-sharing social practices. Testimonial injustice likewise obstructs the optimal circulation and flow of knowledge. Obstructing the open-minded, curiosity-driven giving and asking for reasons at the centre of any worthwhile rational inquiry, it inhibits the flow of evidence, doubts, fresh ideas, the ameliorative friction of discordant reasons, along with any other epistemic inputs conducive to knowledge.

The five papers in this special issue tackle some of the concerns above. Care has been taken to break new ground. Authors focus on both the theoretical and practical implications of their analyses, drawing on themes such as trust, servility, Verstehen, cultures of speed, and epistemic exploitation. 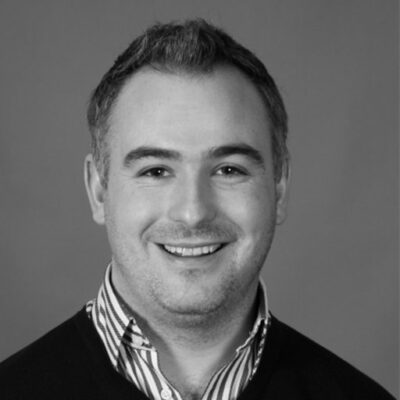 Gerry is a Lecturer at the Marino Institute of Education, Dublin. He is primarily interested in the area of critical thought in higher education. Much of his research is conducted in this area. Other interests include ‘expert practitioners and lofty theorists, toward finding a middle ground,’ teacher as technocrat or phronimos; argumentation theories; P4T; and the first-personal/third-personal experience of care and compassion in education.