It is remarkable to see how much has already been written about what is alternatively called the ‘Corona Crisis’ or the ‘Covid-19 Crisis’ and also about its impact on education. In addition to an increasing number of papers in academic journals, there have been many contributions in professional journals and newspapers, and also numerous posts and blogson the internet. Funding agencies around the world have been making extra monies available for researching the impact of the virus on education, which partly explains the rather large number of surveys and questionnaires in circulation. In one respect, this surge in activity is not surprising. The impact of the virus has been significant, both on our lives in general and on our educational lives, so there is an obvious need to try to make sense of it all. The interruption of the normal order literally makes us think – whether we want it or not – which, as such, is a good thing. In this regard, it is actually quite appropriate to refer to the situation as a crisis, because, in its original meaning, crisis is not a state of chaos, but acritical moment or turning point that calls for consideration and judgement (in Greek: ‘krinein’).

In the discussion, a number of themes are emerging. One major concern is the impact of the virus on the educational careers of children and young people, particularly as a result of the temporary closure of schools, colleges and universities. In addition to concerns about a ‘delay in learning,’ to use a popular phrase, there is a legitimate concern about a potential increase in educational inequality. This is particularly so because those who are well-resourced – those with the most economic, cultural and social capital – will be able to navigate the situation much more easily than those who lack such resources. Whatever else we may want to say about contemporary education, the current crisis has revealed with much clarity how important public education – education funded by public means, accessible to everyone, and accountable to the public – is, particularly for those who only have limited resources of their own. We knew this, of course, but it is one of the more inconvenient truths about contemporary education that we tend not to talk about, or that becomes hidden in the laudable but ultimately impossible quest for equal educational opportunities for all.

That some are concerned about the degree to which the pandemic may cause a ‘delay in learning’ is, in a sense, ironic because it can legitimately be argued that learning didn’t stop. On the more romantic end of the spectrum, the case has been made, and rightly so in my view, that children learned all kinds of useful things while at home – cooking, gardening,cleaning, and many other things related to daily home life. It does make sense, therefore, that schools connect to all this learning when children return in order not to send out the message that time has just been wasted. On the more political end of the spectrum, important lessons may have been learned as well. Such as that not all lives matter equally; that money still makes the difference that makes a difference; that those who do the most essential work for keeping society going tend to earn the least and often have insecure job contracts; that countries differ hugely in the quality of and investment in public healthcare, if they have such systems in the first place; and that some politicians are populist cowards who are simply incompetent at their job.

Now for those who have been paying attention, all this is not news. But the key question here is how much attention we have been paying and how much attention we have been allowed to pay, if that phrase makes sense. After all, the Covid-19 crisis is not the first crisis we are witnessing and not the only crisis we’re in the middle of. We are, also, still in the middle of a climate crisis that actually still requires urgent attention and action. And the climate crisis is itself just the next phase of a huge environmental crisis about which we have been warned at least since Rachel Carson’s book Silent Spring, published in 1962, and the report from the Club of Rome, The Limits to Growth, published in 1972. And then there are homelessness and poverty, a refugee crisis, a global malnutrition crisis, ongoing high rates of infant mortality due to lack of clean water and proper sanitation, and so on.

So for those who have been paying attention and who have managed to continue to pay attention – which is no mean feat – there is little new under the sun. And this does, of course, raise the question of how the current pandemic is actually different from the crises surrounding us, or how it has ‘managed’ to be different. I strongly believe that it is for each of us individually to answer this question, as any quick generalisation is simply out of place. I am sure that the comfortable life that I’m managing to lead in the global North – with death at a far distance and an ongoing supply of food, energy and security – has only been marginally disrupted by the pandemic and compares in nothing to, say, the everyday experienceof those who live in the poorer areas and slums of cities such as Bangalore or Bhopal. So while the existence of crises – in the plural – is an undeniable fact, the real question is which of them manages to capture our attention. And this brings me (back) to education.

To define education in terms of learning, to reduce education to learning, or to argue that learning is the future of education is, as I have been arguing for almost two decades now, a mistake. What is distinctive about education is not learning – which can happen anywhere, with or without education – but teaching. And the basic gesture of teaching is that of trying to catch and direct the attention of another human being – an act of ‘turning,’ as Plato already describes it in The Republic. Authoritarian teaching not just wants to direct the attention of students, but also wants to have total control over what students do with what enters their field of perception. Emancipatory teaching, on the other hand, also wants to direct the attention of students, but leaves it to them to figure out what they do with what they may encounter there. The judgement, and the burden of the judgement, is, in other words, on them. The teacherly gesture here tries to say no more than ‘look, there is something there that I believe might be good, important, worthwhile for you to pay attention to.’ And this gesture not just focuses the attention on the world ‘out there,’ but, in one and the same ‘move,’ brings the ‘I’ of the student into play.

It is precisely here that we find the true aesthetics of education – which is first of all about the form of education, not about its theory – where the whole point of education is to bring something into the student’s ‘field’ of perception, which can be visual, auditory, sensory and perhaps may even include the touching of the student’s soul. If the aesthetics of education seeks to awaken students for the world and, through this, awaken them for themselves – which is the question of emancipation – it follows that the anaesthetics of education does the exact opposite. Rather than awakening students and trying to keep them awake, it induces a state of slumber. Rather than directing their attention and encouraging them to pay attention, it offers distraction, perhaps first and foremost by encouraging students to stay with themselves, to pursue their own learning trajectories, regulate their own learning, define their own learning needs, but never interrupted, never turned, never stopped in their tracks.

So, the Corona crisis is a real crisis as it interrupts our normal ways of doing and asks for attention and judgement. And perhaps its force has to do with the plain fact that it has brought death to the doorstep of the comfortable lives of the global North in a way that other crises have not managed to do, or have not managed to do so far. But it is not the only crisis surrounding us, so there is a real question about (our) attention, given that attention is not only in short supply in light of an abundance of information, but also in light of an abundance of crises, if that phrase makes sense. For education, all this raises the question of whether the school will act on the side of aesthetics or the side of anaesthetics. Whether the school, under the relentless pressure from policymakers and the global measurement industry to be ‘excellent,’ will produce distraction or will manage to generate attention. This is perhaps one of the more fundamental educational questions that is opening up at this moment in time – let’s hope that we spot it before it has passed.

Full Citation Information:
Biesta, G. (2022). Have We Been Paying Attention?: Educational Anaesthetics in a Time of Crises. PESA Agora. https://pesaagora.com/columns/have-we-been-paying-attention/
Republish this Article 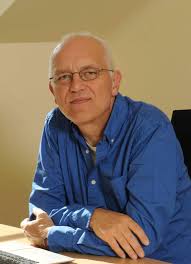