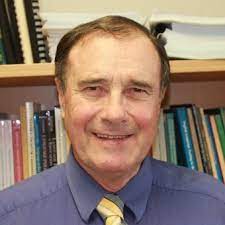 My two most abiding memories of Michael Matthews relate to exits and an entrance.  Whenever he left my house after one of his frequent visits Michael would switch on his BMW Shaft-Driven motor bike, call out ‘C’mon Doggie’, at which his dog, appropriately named ‘Doggie’, would leap onto the pillion seat, and Michael would roar off through the streets of Glebe, Sydney with Doggie keeping perfect balance.  It was a sight to see.  The ‘entrance’ occurred at the ‘Fifth International Conference on Philosophy of Science and Teaching of Science’ which Michael had organised at Lake Como (Italy) in September 1999. 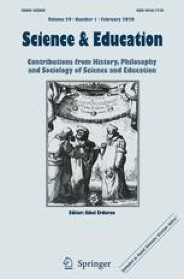 Being a truly International Conference, most of the 300 attendees knew of Michael through his Editorship of Science and Education and his many publications, but few had ever met him.  When he arrived at the ‘Meet-and Greet’, suddenly a long queue formed and delegates patiently waited their turn to meet and introduce themselves.  It was a rock star welcome.

Michael was a graduate of Sydney University (SU) who came to Philosophy of Education by a familiar, if slightly circuitous, route.  His initial (and abiding) interest was in Science, but he included courses in Philosophy in his BSc which he gained in 1967.  His next, and obligatory step to becoming a Science teacher was to undertake (in 1968) a DipEd at Sydney Teachers College (STC), and here he came into contact with Anna Hogg, and a spark was struck.  Michael began teaching at Dulwich Hill High in 1969 but, having an avid thirst for knowledge, he simultaneously began a part-time Arts Degree at SU incorporating Honours in both Psychology and Philosophy, as well as a Masters Degree in Education with Bill Andersen; all of which he completed successfully in 1974.[i]  By this time he had already been appointed (1972) as a Lecturer in Education at STC; where he continued his association with Anna Hogg; followed (1975) by a lectureship at (University of New South Wales (UNSW).  And thus Michael, along with Jim Walker and myself, all from different backgrounds (Science, Philosophy and English Literature), having progressed through Anna and Bill’s hands, came together as PESA Members in the highly active Sydney Branch of the 1970s.

Michael’s publications are voluminous and sufficiently well known to speak for themselves, but there is one feature that I want to call attention to.  Michael began an essay in Bob Mackie’s 1980 book on Freire thus: ‘An educator without an epistemology is like a sailor without a rudder’, and the title of his major book of the same year, The Marxist Theory of Schooling:  A Study of Epistemology and Education. revealed upfront both his philosophical focus and his political leaning at that time.  It was a period when Michael was wrestling with potential incompatibilities between his Catholic faith and his social conscience, and not surprisingly this led him to Freire and a long personal struggle (and a number of excellent papers) seeking to reconcile Christianity with Marxism.  It was hardly his fault that he was not totally successful; notwithstanding that he also added a PhD to his list of post-nominals.

But there was far more to Michael than his encyclopedic knowledge, his philosophical brilliance and his wealth of published material.

First, there is Michael, the organiser.  From the first time he invited me to present a paper, at a psychology conference no less, to the above-mentioned Lake Como Conference, Michael organised things:  he got people together and he got issues discussed.  There was the grand formality of Lake Como, but there were also numerous gatherings of varying formalities, right down to picnic seminars at his country shack which had no electricity[ii] but a welcome waterhole nearby.  For Michael everybody was a friend, and all were welcome to anything he had.  Not surprisingly, students adored him:  they flocked to his classes and came in numbers to philosophy and philosophy of education.  This was particularly evident when, dissatisfied with the ‘traditional’ tired offerings of STC, Michael organised an alternative ‘DipEd’.  With no official credit to be gained, students overfilled lecture rooms at lunch times to hear Michael and his guest speakers (he always managed to bring in important guests) offer something new, different and exciting.

Then there was Michael the champion, who spoke out when others stayed silent.  The major instance here was the infamous 1976 action of a senior Professor at UNSW who exercised career-threatening vengeance on a complete cohort of students, the extent of which only became clear after the students had left.  In those pre-social-media days, Michael arranged for the far-scattered student body to pool their knowledge, and then with the full evidence available he took the case to a Faculty Meeting which had little desire to bring a Professor to heel.  Michael’s magnificent filibuster changed that.  An inquest was held, detailed procedures were implemented, and eventually justice was delivered to the students.

Michael was no less effective when he confronted and exposed Hans Eysenck’s racism on national television.  He also ‘rose’ to speak for the people when he ran as an Independent candidate for Sydney City Council – consequently becoming the first Independent Alderman in living history and creating a process which still influences the way Australia’s largest local Council operates.  This in turn led to ‘Michael, the Historian’ through his writing and publication of a major historical account of the Pyrmont-Ultimo region.

In later years Michael progressively focused on science education.  He was appointed as Professor of Science Education at the University of Auckland; he founded (1992) and continued to edit the Journal Science and Education from 1990-2014, and authored a number of highly respected books and articles in that field.[iii]  But none of this, nor his glowing references as an outstanding teacher, could sway UNSW which, year after year confounded his referees, colleagues and friends by consistently rejecting his applications for promotion to Professorial level.  Perhaps the dead hand of 1976 lay too heavily upon him; but it is a measure of Michael, the man, that he still serves, in an honorary capacity (Honorary Associate Professor in the School of Education, Faculty of Arts and Social Sciences, UNSW) the University that denies him proper recognition.

[i] To the best of my knowledge (and extensive research), Michael and I are the only two people who, whilst practicing teachers in the NSW Department of Education, have successfully undertaken a 5 year part-time double honours Arts Degree.  Michael went one better and worked on an MEd as well.

[ii] It did have a kerosene refrigerator; and students watched in amazement as we lit the kerosene and the fridge started humming:  the beer stayed nice and cold.

[iii] Best among them, in my opinion, is Time For Science Education (2000) which I described in a Review as ‘an exquisite and consistent exercise in both applying a philosophical approach to an educational issue and in promoting the application of philosophy (and history) to teaching and learning science’. 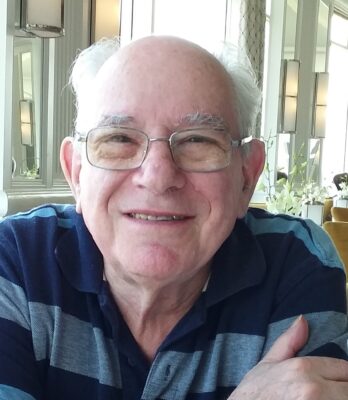 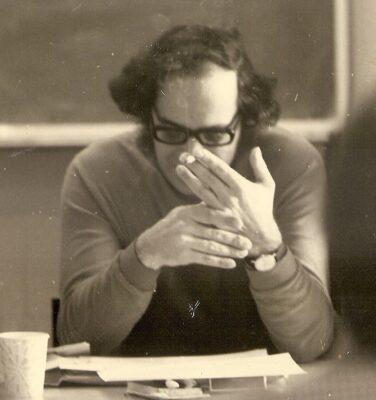