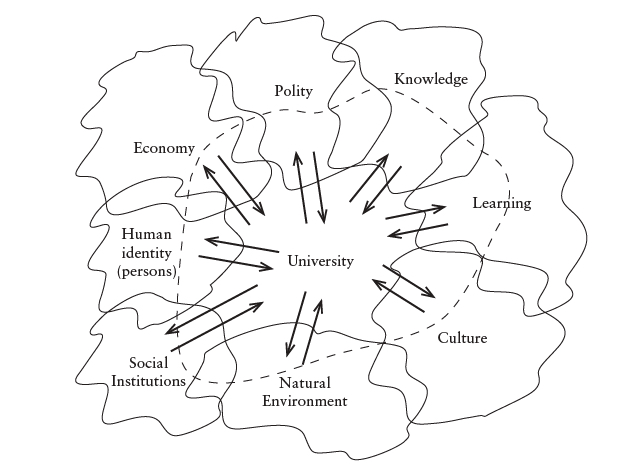 The emergence of a field

As if struck by lightning, the field has already split into two trunks, one concerned with the idea and the role of the university in society and the world, and the other concerned with higher education and what it is to be a student in a challenging world. To the first trunk attach branches such as the ideas of epistemic (in)justice, of the university in a digital age, of coloniality (and decolonisation), of institutional autonomy in an age, say, of ‘Empire,’ and the nature of knowledge (with urgings, for example, of ‘knowledge socialism’ [Peters and Besley, 2009] or of epistemic reparations). To the second trunk attach branches of the idea of critical thinking, of learning, of student becoming and of ‘critical-creative pedagogies’ (Schwittay, 2021). Crossover branches can also be spotted such as the ideas of academic identity, academic freedom and transdisciplinarity, and the place of religious traditions in realising higher education in the twenty-first century.

The sudden birth – with so little gestation – of this scholarly research is approaching a worldwide endeavour. The field, quite rightly, has spilt out into social theory and exhibits a proper fuzziness. Research students are working in the field, a learned society – the Philosophy and Theory of Higher Education Society (PaTHES) – was established in 2016 (and already has over one hundred paid-up members worldwide), there are at least two journals devoted to the field (with EPATmuch delving additionally in the territory), and there is a growing array of book series promoting the field (Springer, Routledge, Palgrave).

Like so many intellectual phenomena of this kind, it has – in a sense – just happened. It has no manifesto, no sense of direction, and no unifying theoretical or philosophical framing. It exhibits – to flag a number of themes from Deleuze and Guattari (2004) – so many ‘lines of flight,’ a ‘multiplicity’ of tropes and stances, moving in a ‘rhizomatic’ non-formation. Its movements are an amorphous ‘territorialisation,’ a territory without boundaries or guidelines.

Shall we just watch this effervescence at work and perhaps admire its growing energies and outpourings? Or might there be a case for taking stock of it all, and commenting on it, even critically so? There are surely several reasons for trying to do just this, of standing back and surveying the field and offering a view about it.

Firstly, research students work on discrete topics and deserve an overview of the field so that they can place their own efforts in that wider context and see where there can be contiguities. Secondly, universities have been establishing units both of academic development and learning development. Frequently, these units are linked to efforts by universities – perhaps elicited by state bodies – to assist their staff in becoming effective as teachers. Programmes and workshops are conducted that increasingly touch on philosophical and theoretical matters, and yet their participants – typically, new lecturers – understandably stumble in trying to fathom those matters. Thirdly, universities are sensing that the world is changing fundamentally – a world with increasing expectations of higher education – and so universities are re-setting their missions. In turn, university leaders are not infrequently wondering as to whether there are alternative frames of thinking hidden in the academic literature that might help them.

It is time, therefore, for the philosophy of higher education as an intellectual field to hide its light no longer. Its wares need to be assembled and sorted, and be accessible, such that those on the outside can wander around it in some comfort, looking with interest at what the shelves have to offer.

However, it is insufficient for the philosophy of higher education simply to expose its wares, hopefully to attract attention and even some fascination. If the philosophy of higher education is to fulfil its potential, it should become deeply reflexive. The field has to have a sense of its own becoming, of its situation and its possibilities and even – whisper it softly – its responsibilities. These responsibilities include a self-understanding that the field is a practical field and has, therefore, a responsibility to reach out to practitioners – leaders, managers, policy-makers – in the character of its writing; and even to form new publics across the world for its texts. 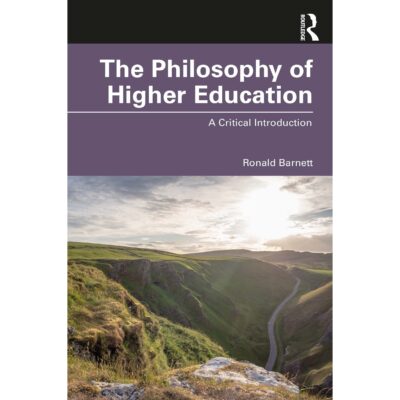 For many years – at least as far back as the second World War – scholars writing about higher education have used the term ‘crisis’ (Moberly, 1949). Originally, they were referring to the world being in crisis, to which it was felt that the university should respond (having signally failed to respond in the 1930s). From around the 1980s onwards, it was felt that it was higher education itself that was in crisis, whether that crisis was financial, epistemic (with the diminution of the humanities), purpose (as universities were being called upon to serve a bewildering array of functions), value (it having come to be subject to money values) or – and most recently – of justice (whether of epistemic justice, coloniality, or feminism). We were even told that the university was ‘in ruins’ (Readings, 1997).

There is a problem with all of these accusations of crisis, especially those aimed at crises within the university, namely that by and large, higher education has continued to grow relentlessly, right across the world and to have increasing influence and significance. On the surface, at least, higher education seems to be larger, more productive, more prized and more wanted than ever before. The ruins seem reluctant to fall.

However, there IS a deeper crisis, and we may put it very simply: it is a dual crisis of instrumentalism and extractivism, and this is a crisis both of the wider world and of the university itself. Some would trace this crisis back to origins in the Enlightenment; others, yet much further, back to the Greeks. I prefer the Enlightenment story of the origins of instrumentalism for the Enlightenment was characterised by the parallel tracks both of science and of philosophy separating humanity from the world, starting a lineage that runs right through to the present day, producing a series of dualities, of humanity-Nature, mind-body, person-community, and (ultimately) science-humanities.

To be sure, the element of instrumentalism that has come to pervade systematic inquiry characterised by the university is relatively recent, perhaps picking up steam after World War Two, but its origins lay in the dominant epistemology associated with the idea of science that originated in the Enlightenment. The laboratory, that material signifier of science as an academic practice, embodies not only an instrumentalism but significantly also control, as it seeks to sequestrate a particular feature of the natural world and perform its operations on it.

The university has been absolutely central in this narrative and in two ways. It has not only incorporated science – which in its early forms was a matter of home-based amateurs – but has become a site for its development and vast expansion, such that we now speak of ‘STEM’ without explanation – although now morphing into ‘STEMM’ (to include medicine [Cohen, 2021]) – and ‘global science.’ Universities worldwide are forming collective endeavours, with an exponential rise in the number of papers produced jointly across nations (especially between China and the USA &/or the UK). Second, the university has spawned not just ‘academic capitalism’ (Slaughter & Rhoades, 2009) – that is, put its knowledges directly into knowledge markets – but has become integral to the formation of cognitive capitalism (Boutang, 2011), and now morphing still further into a bio-informational and algorithmic capitalism (Peters, 2013).

Against this background, it cannot be sufficient for the philosophy of higher education to attend piecemeal to matters, even if they include large matters such as those, say, of sustainability, feminism, coloniality, digitalisation and (in)justice. Nor is it sufficient to focus just on the university as an institution and its place in the world or, alternatively, on the student experience and the student as, say, a customer in a neo-liberal age. And nor is it proper to demonise science – for science is now more needed than ever before (and it has shown its capabilities in the recent pandemic).

I suggest that the philosophy of higher education should be ambitious and possess no less than nine elements. It should be:

An eco-realism of and for higher education

This is a future-oriented and hopeful realism. It springs from readings of the world that reach into the deep structures of the world and, on that basis, that furnish glimpses of possible worlds. They gain legitimacy, too, by providing practical principles that can be cashed out, at the level both of the university as an institution and its many activities, including its teaching programmes, their pedagogies and students’ experiences.

It is also, as stated, an eco-realism, beginning from a sense of the inter-connectedness of the world – its ‘relationality’ – and is intent on using the resources of the university and its study programmes collectively to address the way the world is. The natural environment (as an ecosystem or set of ecosystems) is not privileged in this venture, not least because it is partly through the impairments in other ecosystems – of knowledge, the economy, culture, social institutions, learning and so on – that the natural environment is in the plight that has befallen it.

This philosophy of higher education is no blueprint philosophy. Each university, each set of staff and students have collectively to work through and imaginatively discern possibilities for their own institution, their own study programme, their own research centre or their own efforts to engage with the wider world.

Cohen, E. (2021). The university and its boundaries: Thriving or surviving in the 21st century. Routledge.

Derrida, J. (2001). The future of the profession or the university without condition (thanks to the ‘humanities,’ what could take place tomorrow). In T. Cohen (Ed.), Jacques Derrida and the humanities (pp. 24–57). Cambridge University Press.

Peters, M. A. (2013). Education, science and knowledge capitalism: Creativity and the promise of openness. Peter Lang.

Peters, M. A., with Besley, A. C. (2009). Building knowledge cultures: Education and development in the age of knowledge capitalism. Rowman & Littlefield.

Stiegler, B. (2014). The re-enchantment of the world: The value of spirit against industrial populism. Bloomsbury. 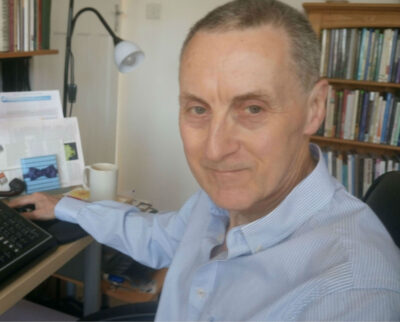