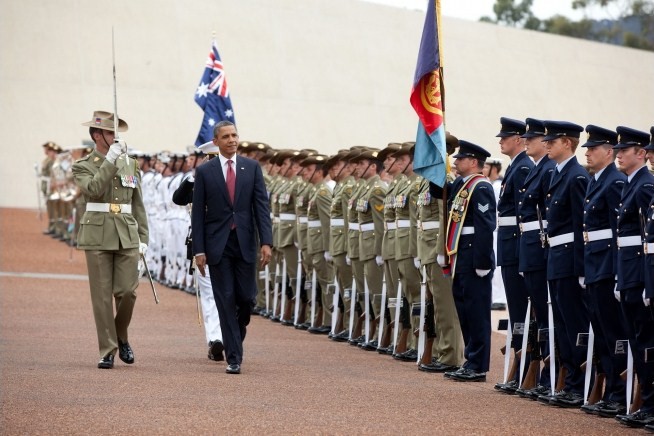 It is a truth universally acknowledged that the human foetus is dependent on its mother, becomes a more independent individual upon birth and, with maturation and education, may become an autonomous individual with a discrete body and a history separate from that of the mother. Beyond that, universally acknowledged truths become harder to find unless, of course, one reads Jane Austen.

As there is limited but important scope for intervention in physical maturation, attention turns to identifying the role that education can play in an individual becoming autonomous. Perhaps providing adequate nutrition and healthy living conditions as well as encouraging a child to run, swim, lift weights, do ballet, and like activities rather than sit and watch TV and play on the phone may influence the physical maturation of a child. It remains to be seen whether these count as education or not.

Education is different from schooling, and schooling has non-educational functions, but compulsory schooling is the main educational site for the young in modern society. Traditional schooling has long been thought of as a formal process of transmission of knowledge and skills from those who have them (teachers) to those who do not (children). This transmission in schools occurs after children have acquired informally much knowledge and very difficult, important skills in the family and other social settings. The formality of the schooling process is marked by the role of an adult teacher (one who intends to teach another) and the role of the juveniles variously known as pupils (those taught by a teacher), students (those who study), learners (those who learn), or a class (an aggregate of the above). The form of a particular schooling process varies depending on how these elements are conceptualized. For example, a non-traditional form of schooling may see learners constructing knowledge under the care of a facilitator.

The conditional account of knowledge identifies three necessary and jointly sufficient conditions; belief, evidence and truth. Truth has two related senses: as telling the truth and as identifying the truth. These senses are related as ways of providing trustworthy utterances.

The major shift proposed here is to consider knowledge as justified, trustworthy belief.

Another significant consideration is how the notion of an ‘autonomous individual’ is understood. It may be a recognition of a transition from childhood to adult responsibility (perhaps marked by age), or it may be a description based on an individual’s relative independence in certain important aspects of life. This latter autonomy presupposes the capacity to make justified judgements and act on them in such a way as to have a reasonable chance of success. Such autonomy may be thought to be restricted to an individual’s moral life and only achieved when personal policies of action’ accord with the will’s own enactment of universal law.’ A version of autonomy as universal and unchanging may be contrasted to one (e.g., authenticity) where critical reflection on relevant aspects of the contingent context leads to choice or commitment to the current goals and values. This commitment is made recognizing that this is liable to change, may not be accepted elsewhere, and may cover more aspects than just the moral life of the individual. These versions of autonomy focus on the individual developing a coherent self with the capacity to act accordingly.

A different approach to autonomy places the focus on freedom from undue external constraints. An extreme version of this approach sees autonomy as about some sort of ‘stand-alone’ autonomous individual co-existing within a collection of other ‘stand-alone’ autonomous individuals (society) with no or minimal constraint or, as Margaret Thatcher Women’s Own Interview (1987) put it, contradicting herself, ‘there’s no such thing as society. There are individual men and women, and there are families.’ That is, there are autonomous individuals not subject to external constraint, and there are families (of unspecified limits) within which there are constraining ‘relations’ including rights, responsibilities, obligations, duties, contracts, promises, expectations, hopes, filial piety, and many other trust relations.

There was a time in British philosophy of education when it was argued that the aim of education in schooling was the rationally autonomous person. For some in the London School (this obviously extended to Paul Hirst Knowledge and the Curriculum (1974, p. 43) in Cambridge and others elsewhere), the nature of rational knowledge, found in self-selecting forms and fields of knowledge to be included in the curriculum, ‘develops in men the final court of appeal in all human affairs.’ In this way, persons so educated would develop a coherent self that was committed to the purposes, rules, procedures, standards and other features of the disciplines and fields and thereby be freed from undue constraint by whim, emotion, social pressure and other extraneous considerations.

This kind of aim was critiqued internally (from within the set of assumptions underlying the claims) and externally (critiquing the assumptions and anticipated consequences). Internal critique raised questions as to the supposed distinctive features that identified the separate and worthwhile disciplines and the way in which these features were educationally significant. In particular, questions arose as to the educational significance of controversies in disciplines and how schools should deal with them. It also raised questions as to whether these identified disciplines were necessary for all children in all situations for all time.

External critique pointed to supposed (or actual) conservative intent (or consequences) of uncritical acceptance of established authority and inequality in school and society. Marxists objected to the imposition of ‘false consciousness,’ and others saw it as a continuation of Freire’s banking model of schooling. Objection was raised to the imposition of constraints in schooling implied by Richard Peters’ Psychology and Ethical Development (1974, p. 272) notion that children ‘must enter the palace of Reason through the courtyard of Habit and Tradition.’ Such constraints were thought to be reduced (if not removed) in open education, homeschooling, deschooling or ‘doing your own thing.’ While proponents of discipline-based rational knowledge may have taken this to be a basis for democratic, participatory social life, others saw it as legitimating a rational hierarchy of authority and power, such as advocated in Plato’s Republic.

In light of this experience of powerful criticism of rational knowledge in subject-based tradition education, what might a more defensible account of education of an autonomous individual look like?

Trust and the autonomous individual

The first step is to replace truth with trust in an account of knowledge. This immediately empowers the individual to recognize and possibly engage in the ongoing controversies inherent in any evolving tradition with the expectation that any resolution is subject to change. It legitimates contingent trust in authority and testimony without expectation of absolute or eternal compliance. It foregrounds the requirement for commitment and its consequences. It enables the recognition and tolerance of difference in other successful evolving traditions of trust relations rather than rejection of others as failing to accept the truth. It, very importantly, recognizes the individual’s trust relations and those existing in the current context as being relevant to understanding and working in schools. This latter feature removes anything like Hirst’s ‘final court of appeal’ and a single, settled account of what an autonomous individual looks like.

In a situation like that which exists in the United States of America, where about a third of the population trust the claim that, within the last 10,000 years, humans were created much as they now are, and another third trust the claim that God intervenes in evolution over time, there is no ‘final court of appeal’ in Dayton Tennessee or elsewhere. School systems have coped in various ways with significant, systematic differences in trust relations. The Australian Commonwealth Government has encouraged, over the past 40 years, the privatization of schooling by providing financial assistance to faith-based schools. This has eased the government’s financial burden for the provision of compulsory schooling as parents paid fees to private schools, eased the problems of dealing appropriately with difference in government school curriculum, and helped garner sectional interests’ votes for political parties seeking election. Assessment of overseas qualifications in terms of subject, study area, and competency standards by Australian professional and registration bodies is another recognition of difference. Removal of truth’s ‘final court of appeal’ and replacement by trust relations would require further administrative and pedagogical changes, including at school and classroom level.

The importance of education, as enabling the acquisition of knowledge (both knowledge that and knowledge how) together with the other features of a trustworthy person, is to provide a trusted basis for appropriate action as a practitioner in an evolving tradition (community of practice).

For schools to undertake this educational role requires recognition of the trust relations already established before children enter school. Further, it not only requires an account of the trust relations currently accepted in an evolving tradition, but also to recognize the controversies current in that tradition, and to help the children recognize those controversies and acquire the appropriate ways to deal with them. This includes the recognition of the possibility of reasoned change within the evolving traditions in which they participate. It also includes recognition that the trust relations of the traditions valued in schooling may conflict with those current in the child’s home and local community. Part of the educational role of schooling includes enabling children to deal with clashes of competing sets of trust relations and their differing sets of appropriate behaviour. This also includes help in identifying appropriate limits of tolerance of difference.

How many autonomous individuals are there in the picture above?

If every person in this defence force is required to obey each and only lawful command, then they are all potentially autonomous individuals. To the extent that each individual understands that requirement and can assess the legal standing of a command, then, to that extent, they are autonomous. If they also can recognize situations in which it is appropriate to question whether a lawful command should be obeyed and can make a reasoned and justified judgement on the matter, then they are practically autonomous. The ability to resolve questions of faith in the tradition does not seem to be required of an autonomous individual. 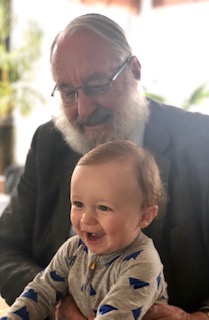