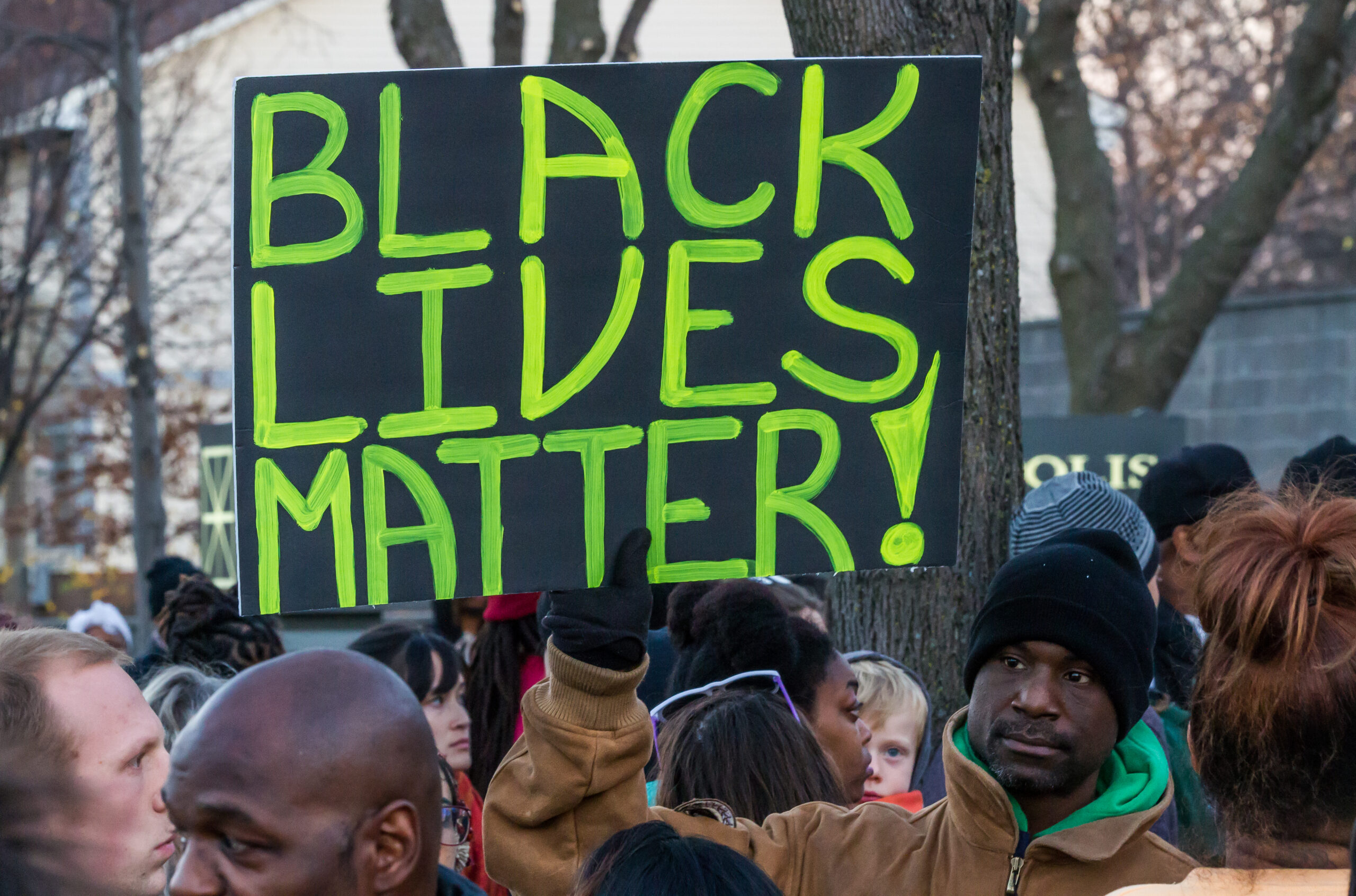 That’s great, it starts with an earthquake… are the famous opening tenets to REM’s anthemic stream of political consciousness, ‘It’s the End of the World as We Know It’ and, in this treatise, the track is appropriated to metaphorically signal the global reverberation and impact of George Floyd’s horrific death at the hands of four United States (US) police officers in Minneapolis. This tragic and racially-charged moment has created a tectonic, global shift in anti-racist activism, as the Black Lives Matter (BLM) movement reacts to the latest laceration on Black liberty and human rights. The violent, oppressive symbolic image of Derek Chauvin and his officers nonchalantly re-enacting a public lynching synonymous with the historical, social and racial submissive control of Black Americans has shocked the world and soured the taste of all those who yearn for the emancipatory liberties and human rights of all global citizens, particularly Black people.

In the United Kingdom, our own disgraceful and oppressive past remains the pride of many Britons, who herald British Imperialism as a symbol of Britannia’s enduring greatness, regardless of the colonial and debilitating impact upon Black communities. The populist symbolism associated with valorising and eulogising Britain’s racist past is perhaps embodied best in its immortalisation and commemoration of these colonial oppressors in spun bronze. Sadly, this historically celebratory act continues to be replicated all over the world unremittingly, while inconsiderately reminding global citizens of past oppressive transgressions, which, centuries on, are still keenly felt by Black communities universally.

The wave of protests and acts of solidarity that have been globally triggered as a result of Mr Floyd’s death have spoken to the continued racial injustice faced by Black Americans and Black communities around the world. The inevitable rejection of racial equality in favour of characterising and ascribing anti-racist protestors as ‘unlawful degenerates’ and ‘terrorists’ in relation to this and other abhorrent racialised episodes by the 45th President of the United States, Donald Trump, represents no attempt to strike a unifying or introspective tone at such a critical juncture in the history of race equality. 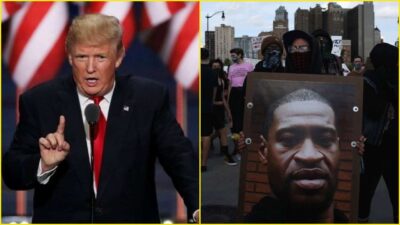 Trump remains one of the greatest political phenomenas of our time and a supremely unethical opportunist. For Trump supporters, his inability to provide leadership and direction during the COVID-19 global pandemic and his non-committal condemnation of the brutal death of Mr Floyd will do little to deter or impair their judgement of a person who is unscrupulously pushing for a second term in the White House. As perhaps the most powerful political force in the world, Trump sets the rules of engagement for the rest of global politics.

While overt cases of racism are prevalent in American society, this festering disease is more insidious in the UK. Boris Johnson, is the current incumbent of the UK political premiership and the latest in a long line of xenophobic Conservative leaders. Similarly, under Conservative rule, Sheku Bayoh, another Black citizen, died in suspicious circumstances under police custody in Scotland. Significantly, there still remains no investigation into his death which bears all the unlawful hallmarks of foul play at the hands of the police. With the eternal wisdom being that imitation is the most sincere form of flattery, Johnson continues to replicate the Trump mantra of bluster and incompetence, having so far demonstrated feeble leadership for the entirety of his short tenure. This has best been exemplified in his mismanagement of the COVID-19 pandemic and his inability to respond decisively and effectively. Despite this, many of his supporters remain nostalgic and proud about Britain’s disgraceful and abhorrent past, something he has often eulogised about and, similar to Trump, the tack taken by Johnson has been to frame and stigmatise the left as a problematic ‘radical left.’ Both populist leaders reject race equality, social cohesion and egalitarianism in favour of pernicious messages of division to often seek to demonise the BLM movement, and the left more generally.

The recent killings of Breonna Taylor, Ahmaud Arbery, Tamir Rice and Tony McDade in the US have echoed the deaths of Sandra Bland, Michael Brown and many others. Such moments continue to momentarily paralyse, while triggering feelings of numbness and desensitisation that have become difficult for Black communities to verbalise and often hard for White people to fathom, even those that would stand as ‘allies.’ The residual effects, beyond physical and mental altered states, also lead to a suppression of feelings, which remain contained and restrained in the confines of Whiteness and the omnipresent power and privilege that accompanies this supremacist phenomena. Structural and institutional racism remains state-sponsored and -endorsed, enshrined through policies, laws, institutions and judicial systems that sought to subjugate Black and Indigenous communities around the world. The intergenerational trauma that repeatedly resurfaces when such violent racial episodes occur reminds us that racism will continually camouflage and reinvent itself through various tools of Whiteness.

Global resistances to racism and the Whiteness that sustains it must now consider the unrelenting labour, suffering and burden of Black communities, which are continually tasked with extrapolating themselves from the stranglehold of White supremacy. As anti-racist groups continue to mobilise and respond to the ever-changing face of racism, acts of solidarity and defiance will manifest in various ways, which will require continual endeavour from all global citizens. Often, the alliance of allies can be ‘seasonal’ and momentary for the anti-racist causes that are maybe in vogue at the time. Black communities are not afforded this luxury in these critical, inequitable and divisive times, as their existence alone is an embodiment of the racial landscape that they traverse on a daily basis. 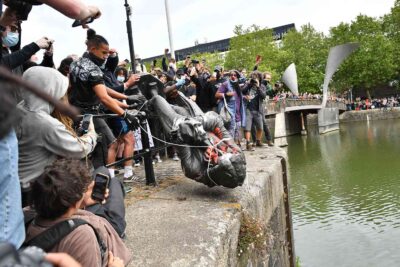 In Britain, immortalised oppressors oversee the Empire on plinths that symbolically place them above Black people, as a permanent reminder of the overarching reach of Whiteness and its ability to penetrate society generationally and disrupt efforts toward egalitarianism and dismantling the oppressive colonial past. The bringing down of the any of these colonial oppressors represents an attempt to resist the proffered virtues of the Empire and acknowledge its role in maintaining the historical and continual oppression of Black people. On Sunday June 7 2020, this resistance culminated in a seminal moment in British history, when Bristol, England, a city famed for its maritime history and shameful colonial past, became the temporary epicentre of the resistance movement for racial equality. The statue of slave trader Edward Colston, whose name adorns many buildings in the city, was removed from its plinth and thrown into the nearby harbour. This act of resistance has reverberated around the world as a symbolic gesture of global solidarity and colonial non-compliance.

In many ways, the racialised episodes of the last three weeks may signal ‘the end of the world as we know it’ or the beginning of something seminally significant. The line that proceeds this title lyric in REM’s anthemic offering states that ‘it’s time … I had some time alone.’ Conversely, it is my belief that concerted and collected efforts remain our best form of resistance in the face of a terminal societal cancer … racism. Racism is not a Black problem to be solved by Black people; it is an historic and hereditary disease, and its continual infestation must be solved by everyone. Invariably, this means dismantling White supremacist structures that have been complicit in fuelling pseudoscientific ignorance and racist ideologies at the expense of Black and Indigenous communities.

In the end, we will remember not the words of our enemies, but the silence of our friends. Throughout civil rights history, Martin Luther King’s words have simultaneously offered comfort whilst being the catalyst for many social justice causes and once again his words strike a chord with regards to our global, collective responsibility to dismantle racism in all its insidious manifestations.

Full Citation Information:
Arday, J. (2022). It’s the end of the World as we know it: Racism as a global killer of Black people and their emancipatory freedoms. PESA Agora. https://pesaagora.com/epat/its-the-end-of-the-world-as-we-know-it-2/ 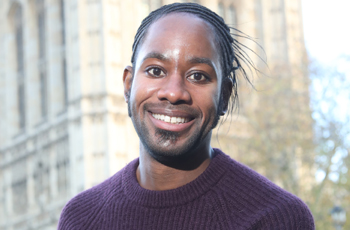 Jason Arday is a British sociologist, writer and fundraiser best known for his research on race and racism. He is Professor of Sociology of Education at the University of Glasgow in the School of Education, College of Social Sciences. His research focuses on race inequalities within the education sector with a specific focus racial and intersectional inequality in higher education.