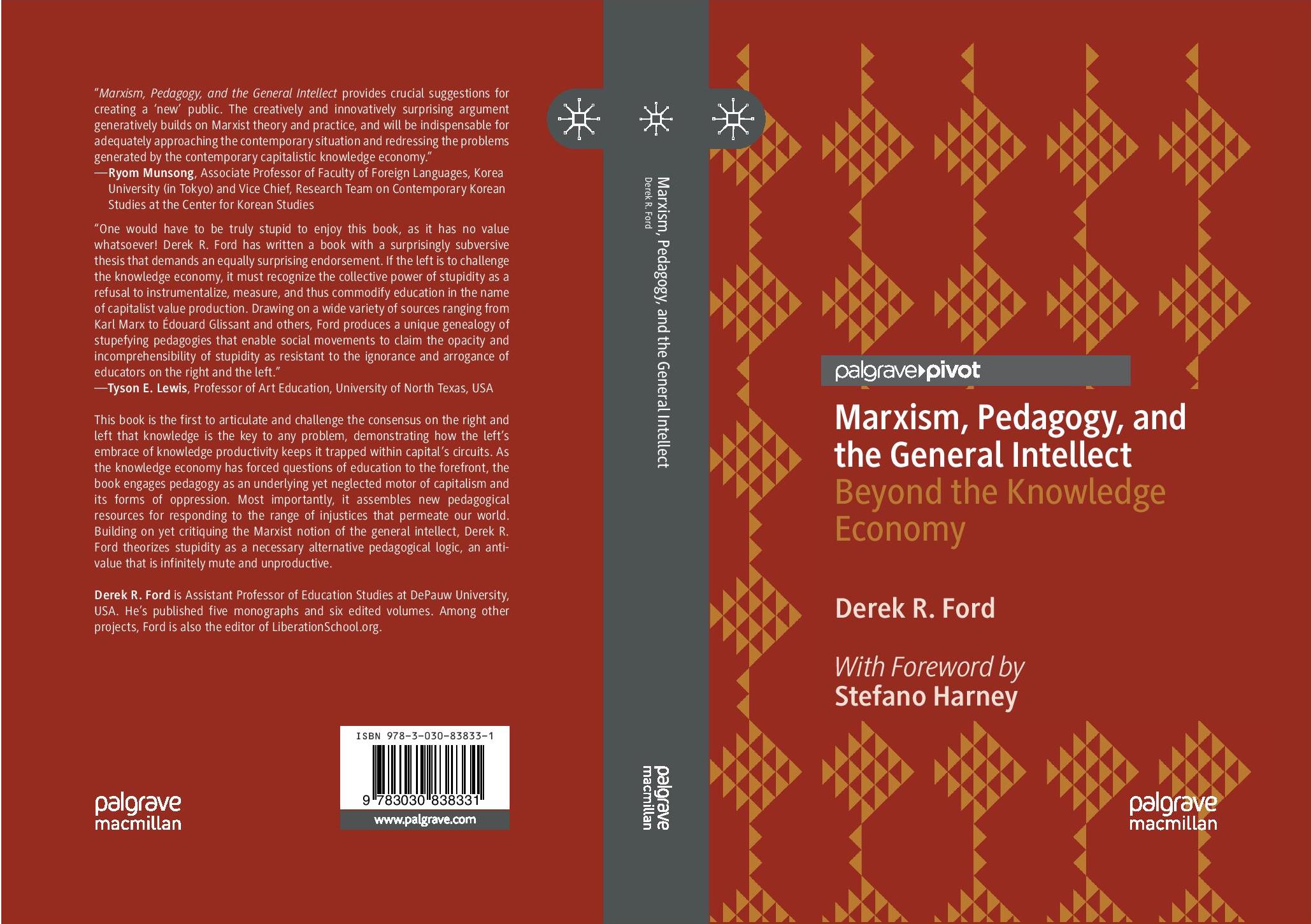 From the Grasping Drive of Learning to the Resistance of Stupidity

While providing a point of entry into knowledge economy discourse is a main aim of Marxism, Pedagogy, and the General Intellect, this ultimately serves as the groundwork for Derek Ford to draw out and question the underlying and often unassumed pedagogical assumptions that exist across the antagonistic conceptions of the knowledge economy. This necessitates demonstrating how education isn’t just a component of the knowledge economy but its fundamental motor. Capitalism and alternative social, political, and economic orders are ultimately pedagogical. In other words, he shifts from education to pedagogy and educational theory. This is what enables Ford to draw out how all sides of the political spectrum are united in their belief in learning and the production of knowledge. While his interest in this book is partisan—in that he sides with the Marxists or the Left (without necessarily identifying wholesale with any one theorist or theory)—this is motivated by his aim to show how both view knowledge as a raw material, means of production, product, and subject that is created, distributed, and consumed in a ceaseless demand to produce, to actualize, and to realize. But to put it simply, both sides agree that knowledge is good, and that the more we know the better we are. As a result, we must learn, and we must never stop learning.

The undergirding pedagogy of the capitalist knowledge economy—one that is either implicitly endorsed or even uncritically celebrated by many of its opponents—is that the opaque must be rendered transparent, the unknown must be made known, the mute must speak, and the unintelligible must be made intelligible; in short, what is only potential must be actualized. As the book demonstrates, such a pedagogy reinforces capitalist forms of oppression from ableism and colonialism to racism and imperialism.

The problem is that both the neoliberals and the Marxists justify their theories and struggles by insisting that that the liberation of knowledge from capital and state capture will outproduce the knowledge of the capitalist knowledge economy. This follows from its primary organizing thesis which privileges labor and its productivity over capital. Through exploring Marx’s notion of the “general intellect” and the ways it’s been taken up by contemporary Marxists, Ford highlights how the national and socialist liberation struggles of the 20th century were both struggles to participate in and reclaim the general intellect from capitalist closure. In order to resist such closure and to provide an educational form adequate to anti-capitalist and anti-imperialist resistance, Ford proposes the pedagogical logic of stupidity. Stupidity is different from ignorance (which can be cured by learning), idiocy (which is about individual private learning), and from arrogance (which is a refusal to learn). Stupidity is an inability to produce: it’s an anti-value; something that can’t be valorized.

Stupidity represents more than an insurrection against capital; it’s a form of resistance against the oppressions that it relies on and perpetuates. Consider, for example, how central disability is in the matrices of oppression.

In Disability and Difference in Global Contexts: Enabling a Transformative Body Politic, Nirmala Erevelles even contends that disability is ‘the ideological linchpin utilized to (re)constitute social difference along the axes of race, gender, and sexuality in dialectical relationship to the economic/social relations produced within the historical context of transnational capitalism.’ Indeed, the disabled and groups oppressed based on their proximity to the disabled subject are segregated and excluded precisely based on their ‘deficiencies’ that prevent them from full inclusion in capitalist productivity and state citizenship.

The call at the end, then, is to collective embrace and to follow our stupidity, which always runs ahead of us. What the book advances is not an uncritical celebration of stupidity and a rejection of knowledge or knowledge production. Indeed, such a celebration runs the risk of ignoring the material and economic struggles for survival of workers and oppressed people. Yet if it’s collectivized and weaponized, stupidity can be a necessary heterogenous, complementary, and dialectical pedagogical logic that remains opaque, mute, and secret, and that, as such, can’t be absorbed within the circuits of the capitalist knowledge economy. More than a call, however, Ford’s conclusion provides an innovative example of how to block such contradictory educational logics together by reading different political-economic works of Marx’s.

Full Citation Information:
Ford, D. R. (2021). Marxism, Pedagogy and the General Intellect:: Beyond the Knowledge Economy. PESA Agora. https://pesaagora.com/ideas/marxism-pedagogy-and-the-general-intellect/
Republish this Article
Ideas are Open Access, freely available for readers to download and copy with proper attribution with a CC – BY – ND licence 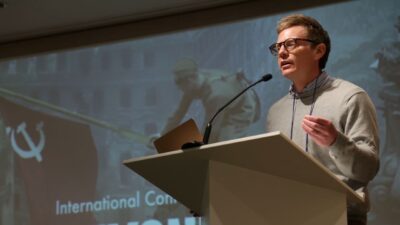 Derek R. Ford is a teacher, organiser and theorist currently working as associate professor of education studies at DePauw University, where they teach and research about the connection between educational theory and contemporary politics. Their work has appeared in academic journals, including Cultural Politics and Educational Philosophy & Theory, as well as a diversity of popular outlets such as Black Agenda Report, Monthly Review and Popular Resistance. They also hosted the popular podcast series Reading ‘Capital’ with Comrades.

They’re associate editor of Postdigital Science & Education and deputy editor of the Journal for Critical Education Policy Studies. Ford is the editor of Liberation School and a contributing editor at the Hampton Institute and serves on the editorial collective of the International Manifesto Group, in addition to organising with the Indianapolis Liberation Centre and the ANSWER Coalition. You can contact them here.

Recent works by Derek include: