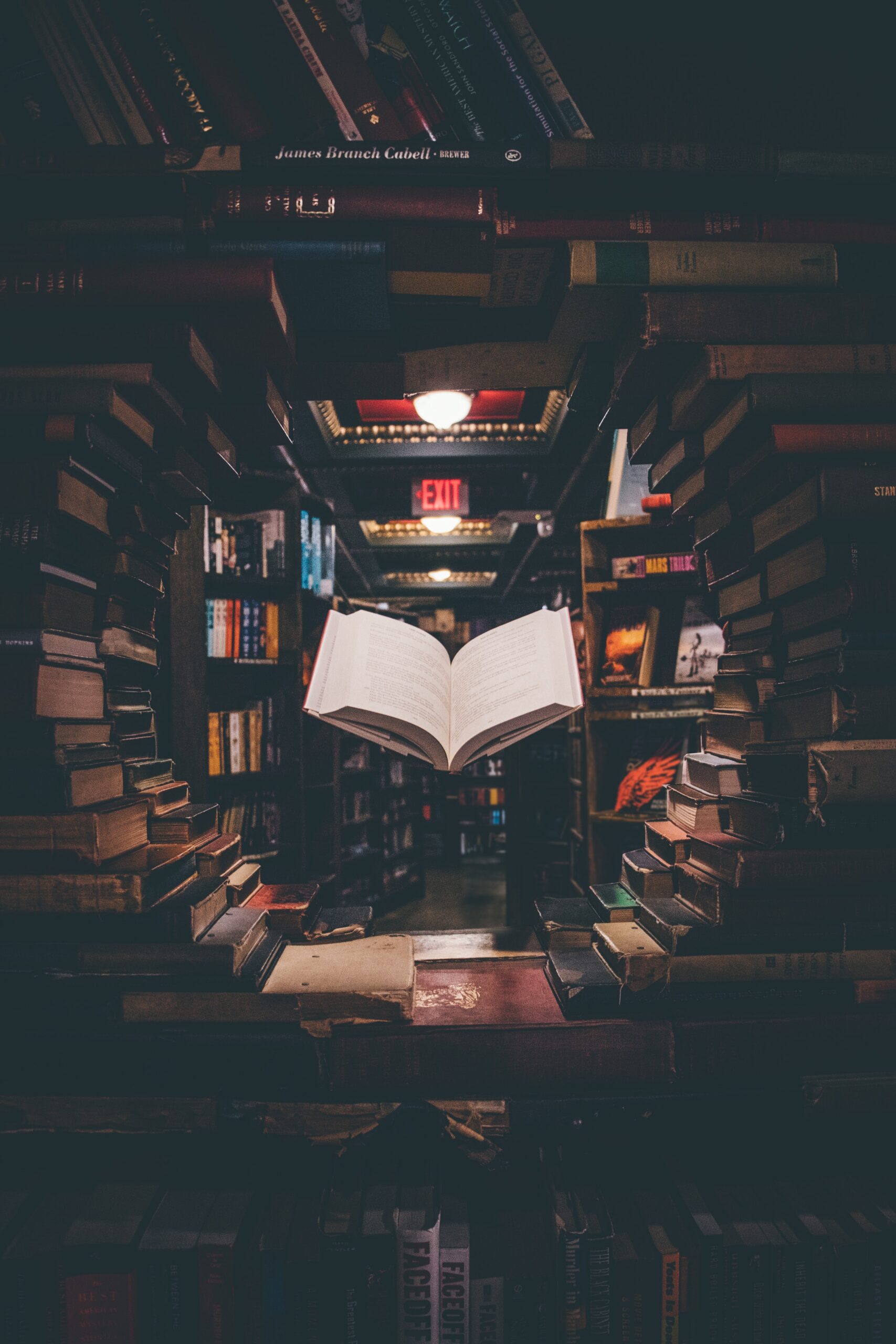 Current debates about curriculum are led by transnational organisations such as UNESCO and the OECD, who play a powerful role in the formation of curriculum policies and practices around the world. The OECD launched its Future of Education and Skills 2030 project in 2015. In 2017, UNESCO published global curricular guidelines in their Future Competences and the Future of Curriculum. In response, governments worldwide are adapting their education systems to fit a global and homogeneous curriculum model based on principles of accountability, measurement and comparison through high stakes testing. As Anderson-Levitt and Gardinier (2021) argue, these developments serve a conservative agenda allowing for increased control of and by the state through education. Meanwhile, local and contextualised ways of knowing and doing are being elided. Curriculum has become another tool that serves the prevailing global market logic in education, whereby, as Wendy Brown (2015) summarises, the development of human capital and economic growth are prioritised over the nurturing of political beings.

We see these as problematic developments that not only flatten out the diversity and differences in educational contexts across the globe but also impoverish the educational practices of teachers and students that cater for responsible participation in society.

As a response, we argue for the need for what we call ‘defamiliarisation’ from our existing notions of, and assumptions about, curriculum. We have borrowed this term from the German playwright and poet Bertolt Brecht (1964), who introduced the term Verfremdungseffekt, often translated as ‘defamiliarisation,’ in theatre. Brecht aimed at defamiliarising the audience from what was happening on the stage. Through a series of techniques, such as revealing the backstage area and lighting, Brecht wanted to make the familiar strange, thereby encouraging the audience to develop a different understanding of the play, and more broadly, of society.

Being forced to question that which is given and familiar in theatre would help the audience to transgress their personal experiences and to engage more deeply with worldly matters, intellectually and experientially. This experience can evoke an emotional change that, in turn, can lead to a shift in ethical perception and, ultimately, social change.

We argue for a similar kind of defamiliarisation from existing notions of curriculum among educators, researchers and policymakers, asking them to move away from global economic agendas and work towards educational policies and practices that support responsible participation in society and social change. Our view corresponds with John Dewey’s (1916) view on the role of the teacher in helping students to become practising citizens.

Instead of a curriculum that is externally mandated and homogenised, schools can choose to offer a ‘lived curriculum,’ a term introduced by Ted Aoki (1993). Curriculum, then, is an active, analytical practice or praxis that is focused on the interactions between students and teachers, and that requires them to question their existing as well as newly acquired knowledge and experiences. Praxis can be understood in an Aristotelian sense as the concern to live well, putting human flourishing first. It offers the opportunity for teachers and students to respond immediately and (pro)actively to the world, supporting schools in becoming sites not only for social participation but also for social transformation. In other words, the lived curriculum requires teachers and students to defamiliarise themselves from their own worlds, and through that praxis, become more familiar with society at large.

An example of a lived curriculum concerned with Verfremdung

As one possible illustration, we draw on a transdisciplinary curricular approach called Human Technologies (HT), developed in an international secondary school in Hong Kong. HT draws on disciplines such as anthropology, philosophy and sociology, and aims to guide students in developing a perspective on how to live responsibly in this world. HT interprets technologies as all the products of human cultural development (languages, rituals, tools, etc.) and considers humans to be capable of making responsible choices in their use of those technologies as part of a broader concern with human flourishing.

We will now outline four curriculum considerations that help illustrate what curricular defamiliarisation might look like, using HT as an example.

In the current moment, teachers are held accountable for the learning outcomes of their students but are much less likely to be involved in developing the curriculum they teach. Teachers are expected to implement an externally mandated curriculum, which can be referred to as ‘teacher proletarianisation.’

We argue for putting our trust in teachers and allowing them to co-construct and negotiate the curriculum, drawing on the knowledge of their students and their situatedness, starting from a concern with human flourishing. This requires a process of Verfremdung from the increasingly global homogenised curricula and a willingness and capacity to develop alternative and lived curricular practices.

In HT, teachers are co-constructing a transdisciplinary curriculum centred around a series of inquiry questions that are set by the teachers and regularly revised. Since teachers are developing a novel curriculum, unique to the school, they are simultaneously being defamiliarised from their own disciplinary background.

A lived curriculum starts from the acknowledgement that students bring personal knowledge and experiences into the classroom. Teachers help students to extend their understandings, or: defamiliarise the students from their personal contexts and provide them access to what Michael Young (2019) has termed powerful knowledge, in combination with experiential learning activities. School ultimately provides access to the wider world.

HT works through themes such as death, power and how we think to help students develop a richer perspective on society at large. Students challenge and question their personal perspectives in conversation with their teachers and peers. Educational activities draw on a wide range of pedagogical approaches such as games, simulations and experiences, providing a balance between developing conceptual understanding and broader life skills.

We interpret curricular justice in two ways. First, curricula are often raced, gendered and classed, raising questions about which and whose knowledge and experience is (not) being represented. We argue, following Appiah (2015), for a cosmopolitan view on the expressions of knowledge and experience, acknowledging that the underpinning values are always contextualised and embedded in local histories. The lived curriculum thus asks for diverse and contrasting perspectives. An ongoing challenge in developing the HT curriculum is the preponderance of teachers with a Western background involved in its creation. Deliberate efforts are required to ensure a cosmopolitan view.

Second, highly contextualised and alternative curricular frameworks – often set up with good intentions related to inclusivity and diversity – might deprive students of access to universities, professional fields, and the full range of human institutions. HT is a novel and contextualised curriculum that offers an alternative to mainstream subjects but therefore risks compromising access when not timetabled carefully alongside more conventional curricular approaches.

Extending the idea of defamiliarisation to academic disciplines leads to acknowledging the fallible and contingent nature of powerful disciplinary knowledge and to engaging with other disciplines through making conceptual connections.

HT is not a discipline in itself, as it lacks the longevity and widespread reach that leads to institutionalisation in university courses or school timetables. As such, HT can illuminate the dilemma of disciplinarity. There is value in the knowledge, skills, dispositions and academic history that disciplinarity brings. Yet, there can be constraints and rigidity that go with these traditions whereby powerful knowledge cannot be questioned or reconsidered. HT is better placed to defamiliarise existing disciplinary perspectives as it does not ‘suffer’ from a longstanding tradition. It can therefore provide a curricular practice that is more responsive to the lived experiences of students and teachers in the present.

We have explored the idea of a lived curriculum and curricular Verfremdung centred on four considerations as a response to curriculum as a homogenised monolith promoted by transnational organisations.

Our exploration also comes with an invitation for education policymakers, researchers and practitioners to imagine curricular alternatives by starting to question some of the contemporary curricular givens. We invite them to engage in Verfremdung as we move towards a curricular place and society we cannot know yet, or, to end with the words of Ted Aoki, a ‘curriculum in a new key.’ 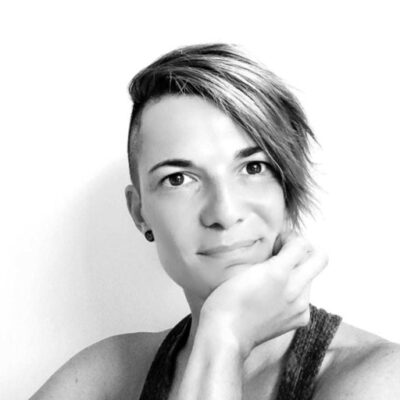 Elke Van dermijnsbrugge is Lecturer in Education at the University of Hong Kong and PhD candidate at UCL Institute of Education. She teaches courses related to international education, and her research interests are philosophy of education, alternative research methods and alternative curricular approaches. 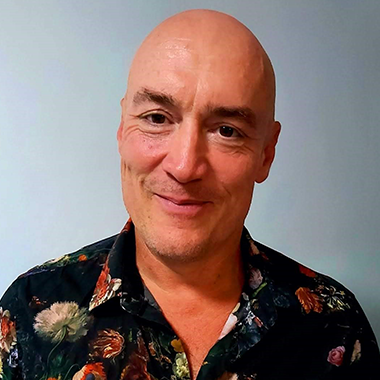 Douglas Kidd is Director of Curriculum X at the International College of Hong Kong. His foci are outdoor and experiential learning, and the development of school-based curricular initiatives such as Human Technologies.